UEFA president Aleksander Ceferin has defended the decision to allow fans to attend Thursday's Super Cup match between Bayern Munich and Sevilla in Budapest, despite concerns about the Hungarian capital being a coronavirus hotspot.

A limited crowd will be allowed into the 67,000-capacity Puskas Arena for the meeting of the Champions League winners and Europa League holders, although several hundred Bayern fans reportedly handed back their tickets because of safety fears.

"We will have 16,000 spectators in the stadium, not even 30 percent," of capacity, Ceferin said at a press conference following a UEFA executive committee meeting in Budapest on Thursday.

"The measures are strict and there is not a question of health risks for the fans.

"The easiest thing for us would be not to do anything. Health is the number one priority but we want to bring hope."

Ceferin pointed out the number of fans being allowed into games currently varies considerably from country to country around Europe, with some setting a fixed maximum number of spectators and others adjusting crowds as a percentage of capacity.

Other countries, such as England and Spain, have started the new season with games behind closed doors.

"Fans and players are the essential part of football. We will take care of health, we are working day and night on it, but from today on we will see what we decide," added Ceferin, who insisted no decision had been taken in terms of fans attending games at next year's European Championships. 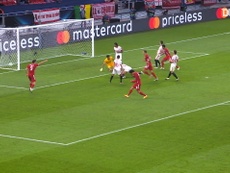 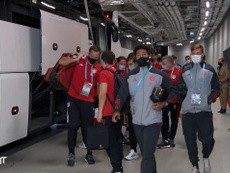 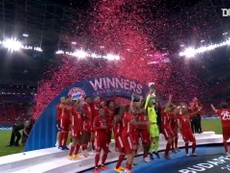 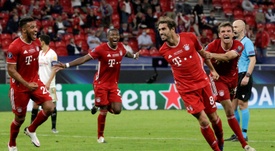