The 62,000-seat arena, close to the north London club's old home of White Hart Lane, has been beset by delays and reports of spiralling costs which, according to some estimates, have reached £1 billion ($1.32 billion, 1.17 billion euros). But Sunday saw it play host to a maiden test event, with Tottenham's Under-18 side beating their Southampton counterparts 3-1.

Club officials hope Spurs' senior team will play their first match at the new ground, a Premier League fixture against Crystal Palace, on April 3. Sunday's match was the first of two test events required in order to receive relevant safety certificates from Haringey council, with the second of these coming when a 'legends' team plays Inter Milan on Saturday.

Pochettino has been linked with vacancies at Real Madrid and Manchester United but the Argentinian has repeatedly made clear his wish to still be in charge when the senior Spurs side play at the new ground. "I think it is unbelievable, it is so difficult to explain in only a few words," he said as he surveyed the scene on Sunday. "We all feel the same, so excited, I got the same feeling when we left White Hart Lane on the last day, we were crying and now in the first day in the new stadium we feel the same emotion. We need to cry because our dream became true."

Should everything follow the revised plan, and the Palace match take place as scheduled on April 3, Tottenham will play the home leg of their Champions League quarter-final against Manchester City at their new ground rather than at Wembley, which has been a temporary base while the building work has been in progress.

"We are in a very good place in the Premier League and of course we have a massive challenge in the quarter-final of the Champions League and I think with all of our fans, 62,000, it is going to be fantastic to play and we can make it possible our dream to be in the semi-final," said Pochettino. "Why not?"

Meanwhile Pochettino saluted Tottenham supporters for their patience during the 679 days since the last game at White Hart Lane, with the new ground's planned opening at the start of this season delayed before a new date in September was also shelved following the failure of "critical alarm systems".

"Thank you so much to the fans for being so patient because in the last two years we moved to Wembley and (had) all the problems it means to move from your home to Wembley," Pochettino said. "But now all the effort has paid off and it is going to be amazing." 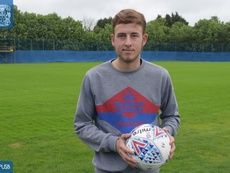 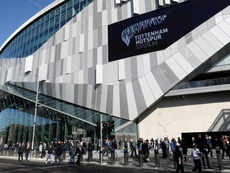 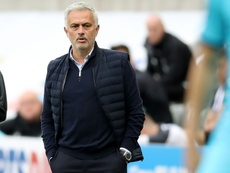 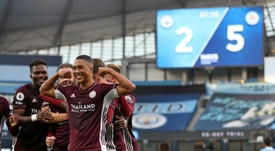