The Conference League is being introduced as a new tournament from the 2021/22 season as part of a restructuring of Europe's club competitions. UEFA confirmed it would run until at least 2024.

It will feature three qualifying rounds and a play-off round before a 32-team group stage like the current format for the Champions League, with the Europa League group stage being reduced from 48 to 32 teams.

Like the Europa League, matches will be played on Thursdays, although the final will be on a Wednesday.

The UEFA Conference League will largely be seen as an opportunity for teams from outwith Europe's biggest leagues to win a continental trophy, but clubs from the biggest leagues will still take part.

The team finishing sixth in the Premier League, La Liga, Bundesliga and Serie A will enter the Conference League at the play-off stage, as well as the side that comes fifth in France's Ligue 1. 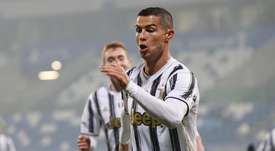