Manchester United and Chelsea's goalless draw showed the flaws in both teams, while Manchester City are still searching for their peak form.

Here are three things we learned from the weekend's Premier League action:

Liverpool on song with Jota

Diogo Jota staked his claim to become part of Liverpool's 'fab four' as the Portugal forward capped their comeback in a 2-1 win against Sheffield United.

Jurgen Klopp's side had fallen behind to Sander Berge's penalty at Anfield, but Roberto Firmino equalised before Jota headed the winner to move Liverpool level on points with leaders Everton.

Jota has scored twice in four league games since signing from Wolves for £45 million in September.

He was deployed as the right-sided forward in a 4-2-3-1 system as Klopp fielded all four of his main attackers together for the first time.

In the hometown of The Beatles, Jota's contribution conjured memories of the period when Philippe Coutinho played alongside Firmino, Mohamed Salah and Sadio Mane in Klopp's original Anfield 'fab four'.

"The player he is: he is quick, he has the physicality, he is strong, he is good in the air, he is good on the ground," Klopp said.

"A lot of good things. He has exactly the quality we need, so that helps a lot."

No joy for United, Chelsea

As rain lashed down on Old Trafford, Manchester United manager Ole Gunnar Solskjaer and Chelsea boss Frank Lampard looked as gloomy as the conditions that left them drenched on the touchline.

A dour goalless draw showed the problems both men have to resolve if they are to turn their teams from top four contenders into title challengers.

Solskjaer and Lampard finished last season with reasons for optimism after taking their clubs into the Champions League via top four finishes.

But there have been precious few signs of progress this term, with United failing to win any of their first three home league games for the first time in 48 years.

Even the debut cameo from Edinson Cavani, who nearly scored with his first touch after coming off the bench, couldn't inspire United, who looked a pale shadow of the team that surprisingly beat Paris Saint Germain in the Champions League in midweek.

Set out to contain United after conceding far too often in recent weeks, Chelsea needed two fine saves from Edouard Mendy to hold onto their third successive draw in all competitions.

It was hardly the kind of swashbuckling performance many expected from Chelsea after Lampard spent over £200 million on a host of new signings in the close-season.

Timo Werner, Kai Havertz and Hakim Ziyech are all still finding their feet and Chelsea look lost at times as a result.

Pep Guardiola's frustrated expression told its own story as the Manchester City manager fended off another round of questions about his team's struggles.

City's underwhelming 1-1 draw at West Ham left them languishing well behind the Premier League pace setters and underlined the growing feeling that Guardiola is struggling to find answer to the problems that ail his team.

After surrendering the title to Liverpool with barely a whimper last season, City were expected to bounce back this term, but they remain defensively frail and inconsistent in attack.

"I would prefer to have results but we have to analyse where we are. Many injuries, a lack of preparation, no recovery time, and tough games we've played so far," Guardiola said.

Adding to Guardiola's problems, Sergio Aguero was forced off against West Ham with a muscle injury.

It took the second half introduction of 20-year-old Phil Foden to spark some life into City at the London Stadium and the dynamic England midfielder's equaliser suggested it is time Guardiola finally leans more heavily on his brightest young talent. 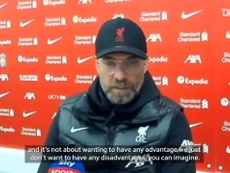 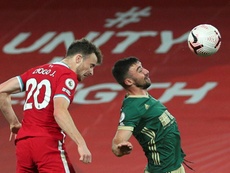 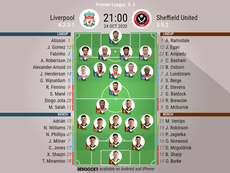 Liverpool Sheffield United - as it happened 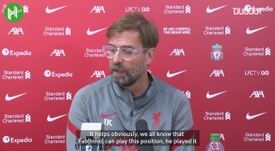