There was a lot of expectation ahead of Chelsea's first game with Tuchel in charge because the tactics of the new manager would be revealed. He took over the baton left by Frank Lampard after his sacking and the first team of this new era is now a reality.

It was made up of Mendy; Azpilicueta, Rüdiger, Thiago Silva, Chilwell; Jorginho, Kovacic; Ziyech, Havertz, Hudson-Odoi; and Giroud. The differences to the last team put in place by his predecessor in the league are Azpilicueta in place of Reece James, Jorginho in place of Mount, Ziyech in place of Pulisic and Giroud in place of Tammy Abraham. 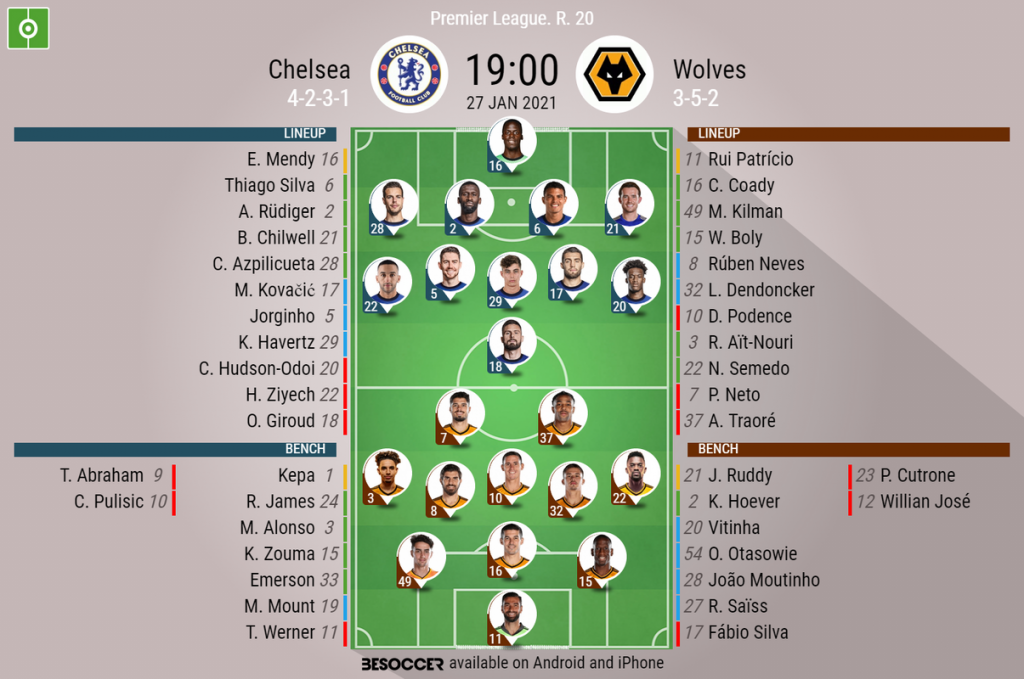 Tuchel accepts he must win trophies at Chelsea

Chelsea V Wolves - As it happened.