Europe's top clubs will turn their attention to Italy next week as they search for the next big star to break out at the U21 Euros. We take a closer look at the batch of youngsters ready to make a name for themselves in this summer's tournament.

One of the most exciting tournaments of the year gets underway this Sunday as Poland face Belgium in the opening game of the 2019 U21 Euros. This competition has seen the likes of Andrea Pirlo, Luís Figo, Petr Cech and Thiago announce themselves on the big stage over the years, and now we delve deeper into some of the most exciting prospects ready to catapult themselves to stardom at this year's edition.

Firstly, it must be stressed that whittling down the talented crop of youngsters travelling to Italy to a list of just 10 was a gruelling task, with notable absentees such as James Maddison, Nicolo Zaniolo, Mahmoud Dahoud and Andrija Zivkovic all unlucky to miss out.

Anyway, here is our list of the top 10 most exciting prospects on show over the next few weeks:

Dubbed by many as 'The Next Neuer', Alexander Nubel enjoyed a breakthrough season at Schalke in which he made the number 1 spot his own.

A great shot-stopper, the 22 year-old is equally as talented with his feet - a trait that is so important for goalkeepers in the modern game. Now, he will be looking to help Germany retain the title they won two years ago with some solid performances between the sticks. 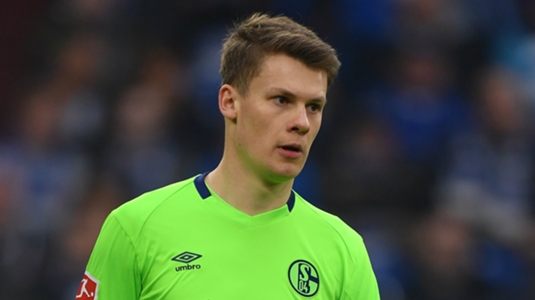 The next product out of Belgium's relentless talent factory, 17 year-old Yari Verschaeren actually missed a large part of his side's preparations for the tournament as he was doing his school exams (what were you doing at 17, ay?).

The young midfielder has starred for Anderlecht in the Belgian league and the Europa League this past season, and has been hailed for his creativity and playmaking abilities. Incredibly, he could also theoretically play in the next two editions of the tournament, meaning that although this may be the first time you've heard his name, it almost certainly won't be the last. 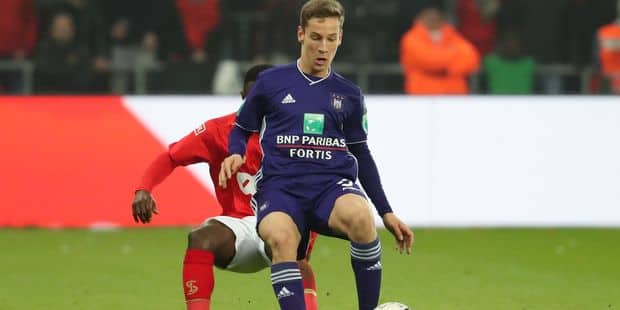 One of the biggest names on this list,  Jonathan Tah has already been a regular in the Bundesliga with Bayer Leverkusen for the past three seasons.

A powerful centre-back who is also comfortable on the ball, Tah will be crucial to any title hopes that his nation may be harbouring, and this tournament could be his chance to earn himself a move to one of Europe's biggest clubs with some dominating performances at the heart of the German defence.

Italian forward Moise Kean has scored 6 goals in a breakthrough season at Juventus, stepping up to lead the perennial Italian champions' attack admirably in the absence of Cristiano Ronaldo towards the end of the campaign.

He also scored two goals in the space of three days for Italy's senior side in March, and will now look to build on a dream year by inspiring his side to success at the U21 Euros. A pacey striker with natural strength and incredible finishing ability, he will be a nightmare for any defences that have the unenviable task of stopping him over the next few weeks. 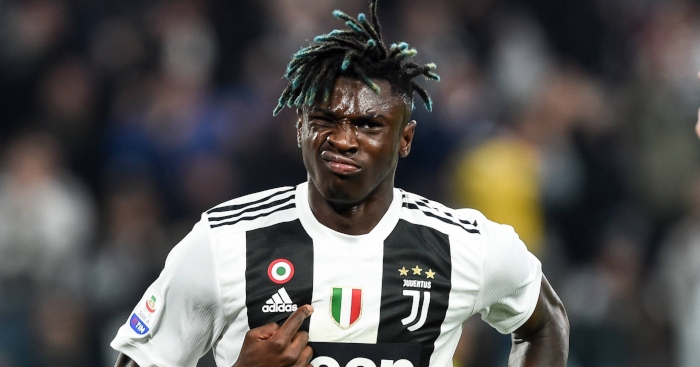 Dani Ceballos has history with this competition. He led his country to the final in 2017, being named 'Player of the Tournament' in the process, but Spain fell at the final hurdle as they were beaten by Germany. Now, he will be a senior figure among the squad as 'La Rojita' look to go one step further this time around.

After suffering a disappointing season at Real Madrid where he has struggled to feature, the 22 year-old may also feel like he has a point to prove. Rumours are circulating that he doesn't feature in Zinedine Zidane's ambitious plans for 'Los Blancos' next season, meaning he can put himself in the shop window and earn a move to a top European club with some impressive performances out in Italy. 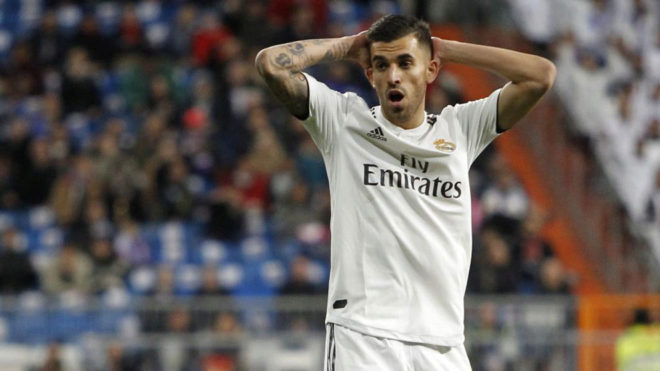 A pacey winger with an eye for goal, Robert Skov may just be the best player you've never heard of at this tournament. To say he has an "eye for goal" may be quite the understatement, however, as the Dane is coming off the back of an incredible season at FC Copenhagen in which he scored a remarkable 32 goals and provided 10 assists for the Danish champions.

He has now been linked with a summer move to a host of Premier League sides, including Wolves and Tottenham Hotspur, and will be Denmark's biggest hope of progressing far in the tournament. 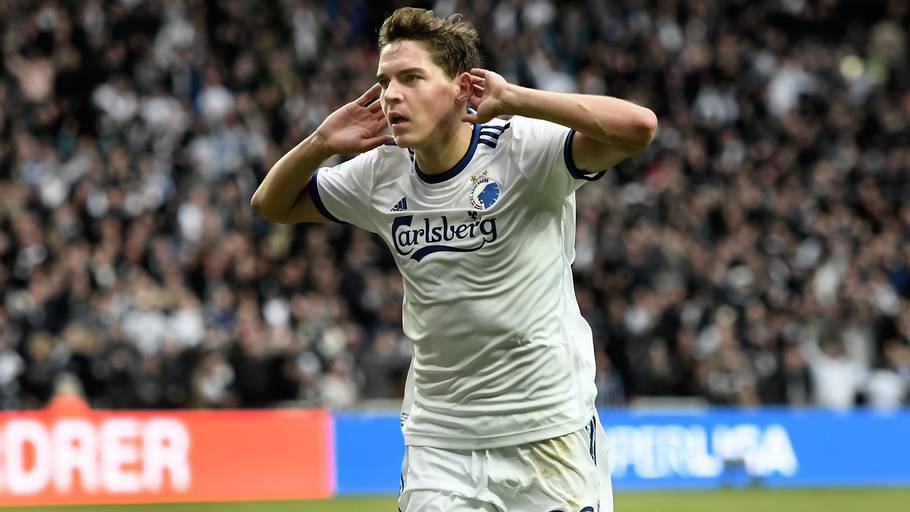 A key part of Italy's team at the base of their midfield, Tonali has been likened to the legendary Andrea Pirlo for more than just his greasy long locks. The 19 year-old has enjoyed a productive year at Brescia, making 34 appearances as the Italian side lifted the Serie B title.

With outstanding vision and sound technical ability, all eyes will be on the midfielder as he looks to dictate his nation's play in front of their home fans, giving us all an opportunity to see the exciting youngster in action before he makes the step up to Serie A next season.

At just 19 years of age, Phil Foden has achieved more than many players do in their whole career. He is a player held in the highest regard by City manager Pep Guardiola, scoring a winner against Spurs that was crucial to his side's Premier League success during the title run-in.

A creative midfielder who excels in tight spaces, Foden has also tasted success on the international stage: 'The Stockport Iniesta' won 'Player of the Tournament' as he led England U17s to a World Cup triumph two years ago. Now, he will be looking to use that experience to wrap up an almost perfect season at club level by adding a European Championship to his burgeoning trophy collection.

Picking out individual members from France's glistening pool of young talent is a task in itself, but Houssem Aouar still manages to stand out above the rest. Somewhat of a rarity in today's game, Aouar is a complete midfielder who is equally as comfortable making a big tackle on the edge of his own box as he is making lung-busting late runs into the area at the other end of the pitch.

Aouar is another player rated highly by Guardiola, who described the Frenchman as "incredible" after Lyon's Champions League win away at the Etihad.

The 20 year-old has already become a key part of Lyon's midfield, contributing to 15 goals as he appeared 37 times for the French side last season. Now, he will have the eyes of some of Europe's top sides, most notably Barcelona, on him as he tries to help replicate the success enjoyed by France's senior team at the World Cup last year.

Finally, the one you've all been waiting for: after enjoying one of the most outstanding breakout seasons in recent history, Luka Jovic tops our list of prospects to watch out for at the U21 Euros this summer. The Serbian striker scored 27 goals in all competitions as he fired an unfancied Eintracht Frankfurt side to a European semi-final and Champions League qualification. To top off an impressive campaign, he earned a dream move to Spanish giants Real Madrid, who opted to splash out a huge 60 million Euros on the 21 year-old.

What is particularly eye-catching is his ability to score every kind of goal. Left-foot, right-foot, headers...you name it, Jovic has probably scored it. He has displayed an unnerving, ice-cold streak when presented with goalscoring opportunities, and, fresh off international duty with the senior team, will look to lead Serbia's U21s to an unlikely success in Italy. 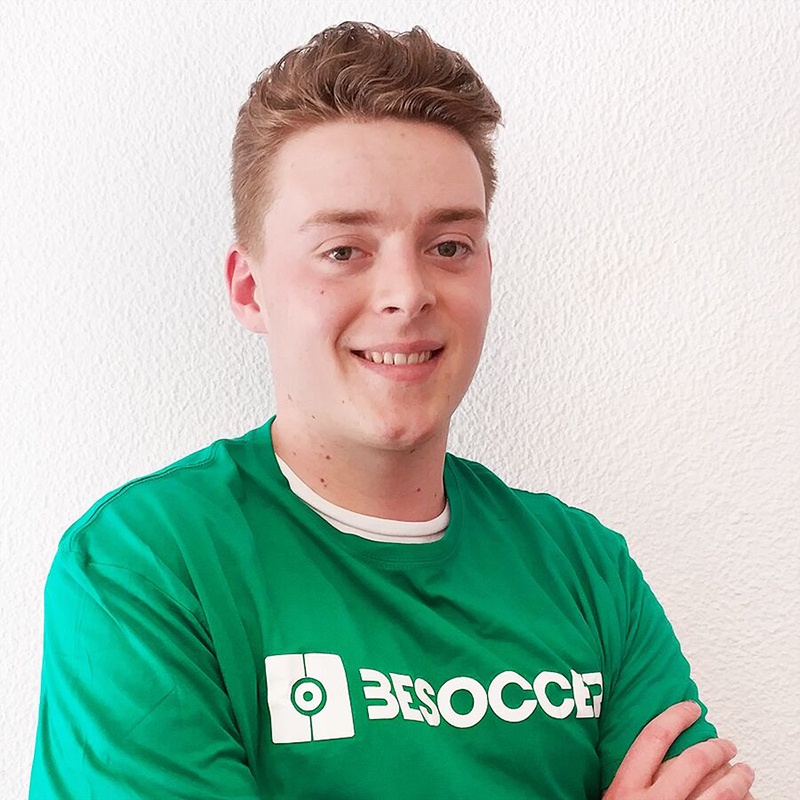 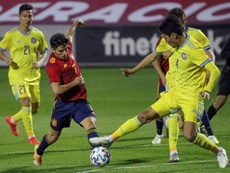 Marbella to host Spain under 21 matches 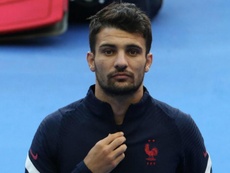 Dubois and Edouard test positive, ruled out of French plans 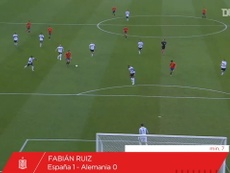 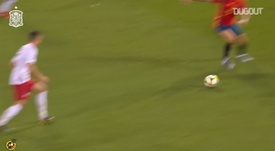