Roddy Zambrano, the referee who took charge of the controversial Brazil v Argentina Copa America semi-final, gave an interview to 'Radio Super K-800' to explain his decisions. "I wasn't called to look at the Otamendi incident," he stated.

The Brazil v Argentina semi-final had plenty of controversy. Argentina slammed the referee Roddy Zambrano's performance, who in the Argentina players' opinion did not give a penalty for a foul on Aguero which ended up in a goal for Brazil. They also claim they should have been awarded a spot kick for a foul by Arthur on Otamendi.

Otamendi did not bite his tongue after the match, neither did Leo Messi, who accused the CONMEBOL of "corruption". We were waiting to hear the referee's version of events. The referee Roddy Zambrano spoke about the incidents on 'Radio Super K-800'.

"The VAR looked at the Otamendi incident and said it was 50-50. He did not call me to look at it, he did not consider it to be a clear penalty. Today I say that he could have called me. In the Aguero one, it is clear that it is he who steps on Dani Alves," the referee justified. He also had words for Messi: "I have never had problems with him, I was surprised by his comments."

Zambrano assured that despite everything that has been said recently, "I never lost contact with the VAR, that is totally false." He said he was "calm" and recalled that "the VAR is not perfect. When the Argentina players said I was nervous, they were referring to the fact that I was annoyed because I am always serious when I referee," he clarified.

The referee dreams about refereeing at the 2022 World Cup which is his only goal up to now. "The match ended well, I never lost control of the game. I don't know the mark I got for that game, we find that out later, but I am very calm about my performance. They told me to be calm," he concluded. 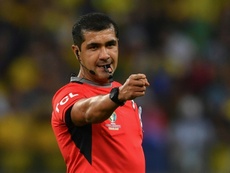 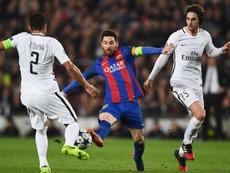 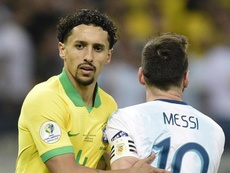 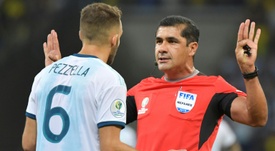