Erik ten Hag admits he expected more from Ryan Babel after the winger let his frustration get the better of him in Ajax's 2-0 loss to Getafe in Thursday's Europa League tie.

The last-32 first leg was briefly halted after Deyverson appeared to be hit by an object thrown from the away end when celebrating Getafe's deserved opener.

And Kenedy compounded Ajax's misery with a deflected shot at the end of a feisty affair.

Babel was one of three visiting players booked after catching Allan Nyom with a stray arm, before comically mocking his opponent's theatrical reaction by rolling on the floor and then mimicking the Getafe player's limp.

Ten Hag questioned Babel's actions, and the Netherlands international himself acknowledged he should have kept his cool.

"It wasn't smart. I don't expect that from an experienced player," Ten Hag said at his post-match news conference.

"You need to stay calm and use your head. You have to focus on your job, playing football."

Babel, speaking to FOX Sports, said: "I don't know if I would do it again.

"I found that the referee was fooled by the opponent at crucial moments. I was done with that.

"I thought the opponent was exaggerating a lot, so I got a yellow card.

"At times, we played nicely, but it wasn't good enough. We have a lot to analyse. Hopefully we can make it up to the fans."

Getafe - third in LaLiga - frustrated Ajax as the ball spent just 42 minutes and 36 seconds in play - the second-shortest amount of time in a Europa League game since 2009.

"There's been a lot of teams that lost here," Ten Hag added. "We know we can do better, we showed that in the final phase of the match.

"The fact is that you can't make mistakes at this level. In that case, your opponent gets the better of you - especially this opponent.

"We gave them what they were looking for, and we know that, too. We're experienced enough to realise that, but you need to be patient and wait for decisive moments." 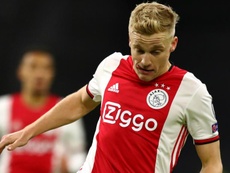 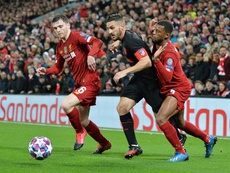 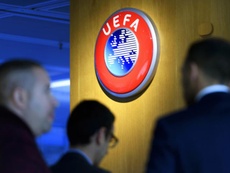 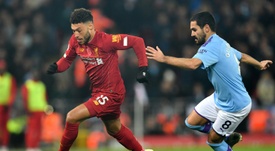