Roberto Martinez falls out of running to succeed Koeman

BeSoccer 11 days ago 839
Barca think Roberto Martinez is not the right man for the club. EFE
Joan Laporta made it clear that Ronald Koeman has his backing. He will continue in charge of Barcelona, at least until further notice. In any case, the club have got a list of possible successors. Belgium coach Roberto Martinez has recently been crossed off that list, 'Esport3' reports.

There is no better coach for Barca right now than Ronald Koeman. Joan Laporta publicly showed his faith in him in his latest comments to 'RAC1'. "It's fair for him to stay, we've given him a margin of confidence," the Barca head said.

But the fact Koeman is staying on does not mean the club have stopped looking for a possible successor. Al Sadd boss Xavi and Belgium coach Roberto Martinez are among the names mentioned.

However, Barcelona have reportedly ruled out Martinez. According to journalist Xavi Campios on the programme 'Onze' of 'Esport3', the board thinks he is not the right coach to take over from Koeman.

Roberto Martinez was reportedly in a very good position to take over. The board spoke very highly of him in their board meeting, but Barca have allegedly decided he is not the best option.

Even Jordi Cruyff, who he has a very good relationship with, ruled out the option of Roberto Martinez, the Catalan channel said. The reason? Purely footballing ones and Barca believe that Martinez's style of play is not the one they want.

For now, Laporta has made it clear. Koeman is the coach and no other candidate is being spoken to. "If I did, I wouldn't be sticking to the margin of confidence I'm promised to give him," he concluded. 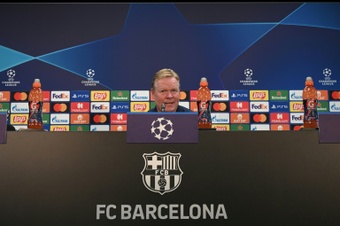 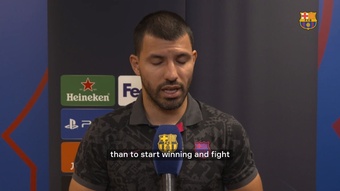