The victory over their Glasgow rivals gave Rangers a massive 19-point lead at the top of the Scottish Premiership.

Celtic have three games in hand to try and close that gap, but Rangers look set to end the Hoops' run of nine straight titles after claiming a 14th consecutive league win.

The game turned on a red card for Celtic defender Nir Bitton after he hauled down Alfredo Morelos just after the hour mark.

Neil Lennon's men had dominated the first-half but could not find a way past Allan McGregor in the Rangers goal as he produced an outstanding save to turn Leigh Griffiths's shot onto the post.

And at the other end, Celtic's inability to defend set pieces which has cost them all season, was exposed when Joe Aribo flicked on a corner and the ball looped into the far corner off McGregor's shoulder.

Rangers then held out for an 18th clean sheet in 22 league games this season to take a firm grip on the title race.

The blue side of Glasgow have not celebrated a major trophy since the club fell into liquidation in 2012 and tumbled down the leagues as a result.

Celtic have taken full advantage in that time, winning the last 12 domestic trophies on offer.

However, the tide has turned in Glasgow as former Liverpool captain Gerrard has slowly moulded Rangers into a force to contend with and now in his third season looks set to deliver silverware. 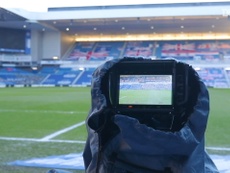 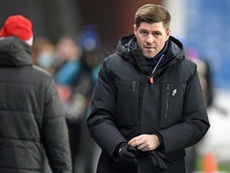 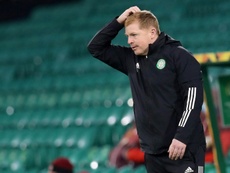 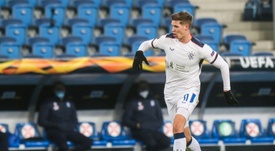