The club from central city Kitwe received a walkover when relegated Nakambala Leopards failed to turn up and the three points lifted Nkana to 50.

NAPSA Stars were the only club who could overtake that total, but they fell 1-0 away to Forest Rangers with Lameck Silwaba scoring the only goal on 71 minutes. Rangers finished second with 49 points and will represent Zambia in the 2020/2021 CAF Champions League with Nkana.

Green Eagles and NAPSA, who came third and fourth respectively, secured places in the second-tier CAF Confederation Cup, the African equivalent of the UEFA Europa League. Among the clubs who missed out on Africa were Zesco United, who won six of the previous 10 Super League competitions, making them regular CAF competitors.

The Super League resumed last month with most clubs having 10 fixtures to fulfil in the 34-round season. But the campaign was reduced to 27 rounds due to mass positive COVID-19 tests at some clubs, including Forest Rangers and NAPSA.

Nkana are the most successful Super League club with 13 titles, all but three of which were won between 1982 and 1999. They are based in Kitwe, play in a 10,000-capacity stadium and are coached by former international Beston Chambeshi.

Among the relegated clubs were Mufulira Wanderers, the second most successful Super League outfit with nine titles. 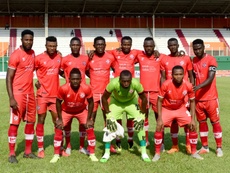 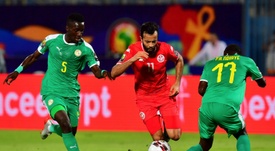