Brad Guzan was sent off as 10-man Atlanta United were beaten 2-0 by Sporting Kansas City in a battle between the MLS Eastern and Western Conference leaders.

Atlanta goalkeeper Guzan was red carded in the first half and Western Conference pacesetters Sporting KC made the most of their numerical advantage, scoring two unanswered goals to reign supreme away from home on Wednesday.

Unbeaten in eight matches and riding a three-game winning streak, Atlanta dominated the opening 45 minutes and thought they had taken an early lead at Mercedes-Benz Stadium.

Atlanta star Josef Martinez scored in the sixth minute but it was overturned by the video assistant referee (VAR) for offside.

The hosts were then dealt a major blow 11 minutes before half-time when United States international keeper Guzan received his marching orders for denying a goal-scoring opportunity.

Sporting KC took advantage in the second half, Daniel Salloi breaking the deadlock in the 67th minute before Gerso Fernandes sealed the victory with three minutes remaining in Atlanta.

The defeat left Atlanta just two points clear of New York City in the east, while Sporting KC boast a four-point lead atop the west.

Los Angeles FC are Sporting KC's nearest rivals after they accounted for Minnesota United 2-0 at Banc of California Stadium, where first-half goals from Eduard Atuesta and Mark-Anthony Kaye sent the hosts on their way.

Toronto's woes continued after they were upstaged 2-1 by Seattle Sounders in a rematch of the 2017 MLS Cup final.

The Sounders were beaten by Toronto in last year's decider but they emerged victorious against the CONCACAF Champions League finalists.

Sebastian Giovinco teed up Jonathan Osorio for Toronto's equaliser approaching half-time after Will Bruin opened the scoring but the Sounders restored their lead in the 54th minute via Handwalla Bwana and never relinquished it.

It saw Toronto – 10th in the east – crash to a fifth defeat in eight games as the Sounders celebrated just their second win of the season. 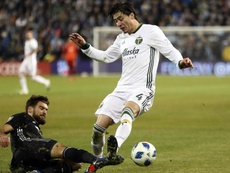 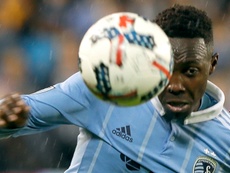 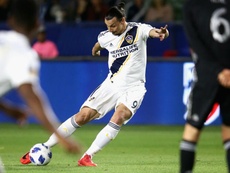 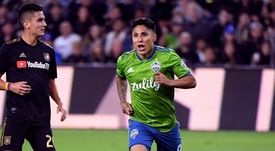