The 55-year-old former South Africa forward and coach was thrilled that his side reached the last four before a capacity 12,000 crowd and kept alive hopes of a domestic treble.

Former African champions Sundowns lifted the League Cup earlier in the 2019/2020 season and are second in the league, four points behind leaders Kaizer Chiefs with a match in hand.

But the victory over Highlands came after extra time on a heavy, stamina-sapping pitch in a township east of Johannesburg and Mosimane desperately wanted to avoid playing 120 minutes.

"We went where we definitely did not want to go," admitted the coach who guided the Pretoria club to their only CAF Champions League title four years ago.

"The last thing we needed was extra time because we are in the middle of a very tight schedule across various competitions."

When Sundowns host fellow league title challengers Orlando Pirates Tuesday it will be their fourth match in three competitions in just 11 days.

They drew with Al Ahly of Egypt in a CAF Champions League quarter-final second leg on March 7 and defeated Stellenbosch in the Premiership on March 11 before facing Highlands.

After tackling Pirates, Sundowns return to Highlands on March 21 for a league fixture, which will be their fifth outing in 15 days.

While Mosimane accepts that one price of success is additional fixtures, he is concerned that his fatigued squad will face far fresher opponents in Pirates.

"It will be Pirates' first match in 10 days and our fourth in 11 and the match against Highlands was very difficult because our opponents were strong and the pitch was heavy."

Sundowns were unlucky in the cup tie when Lyle Lakay struck the post from a first-half free-kick while Namibian Peter Shalulile wasted Highlands' best chance with a weak shot.

Substitute Keletso Makgalwa won the match on 115 minutes with Ryan Rae, another player who came off the bench, contributing to the downfall of Highlands.

Rae failed to cut off a long pass from midfield, then allowed Makgalwa to curve a shot into the corner of the net off a hand of Zimbabwean goalkeeper Tapuwa Kapini.

He netted twice in the second half after Cameroonian Bienvenu Eva Nga had given Wits a one-goal half-time advantage that Lorenzo Gordinho doubled with his first goal for the club. 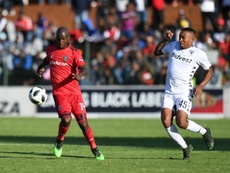 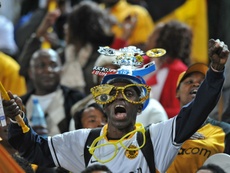 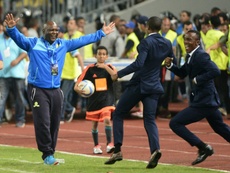 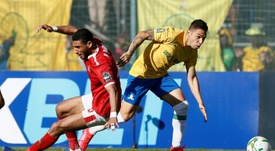