Lyon continued their fine run of form with a 3-0 win over Reims in Sunday's early game which lifted them provisionally to second in Ligue 1.

Karl Toko Ekambi, Bruno Guimaraes and Moussa Dembele scored for Lyon as they made it 16 points from their last six matches to sit two points behind leaders Paris Saint-Germain.

Lille can leapfrog them if they win at Saint-Etienne on Sunday evening. Reims, who had Moreto Cassama sent off after 33 minutes, remain fourth from bottom and look destined for a relegation dog fight.

Toko Ekambi, returning from suspension, proved the key for Lyon, hitting the post early on before scoring the opener in the 22nd minute with a header at the back post from a cross by Memphis Depay. He also created the second -- Guimaraes's first for Lyon -- four minutes after the break, the Brazilian's shot taking a deflection off Marshall Munetsi.

Toko Ekambi also teed up Dembele for the third shortly after he came on as a substitute for Tino Kadewere who had hit the post in the first half and had a goal ruled out for offside. Cassama was sent off for a foul on Depay when he looked to be in on goal. 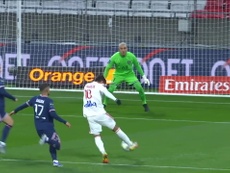 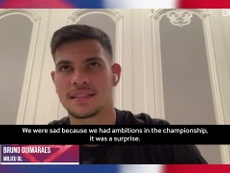 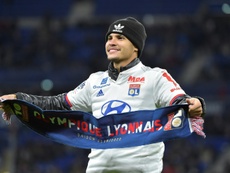 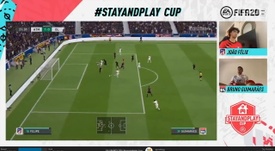