Although he has enjoyed his time back at Cruzeiro, Lucas Silva has not given up on forging a career with Real Madrid.

Lucas Silva believes he still has a chance of succeeding at Real Madrid, two years after leaving Europe to return to Cruzeiro. The midfielder was described as "the future of the club" by then-coach Carlo Ancelotti after moving to the Santiago Bernabeu from Cruzeiro in a reported €14million deal in January 2015.

The Brazilian was loaned to Marseille after managing just 425 minutes for the Madrid first team, but his European career was halted when a mild arrhythmia in his heart was discovered in July 2016. After clarifying that he would not be retiring from football, Silva went back to Brazil in January 2017 and has rejuvenated his career with his old club, winning the Copa do Brasil last October.

However, the 26-year-old is still in contact with Madrid directors and has not given up on playing for the European champions again, even though he admits considering retirement after learning of his heart problem.

"A lot of things went through my head at the time; one of them was that I'd have to stop playing so young," he told Marca. "But after the tests the doctor said it was just a scare and I could be calm and play again, which made me happy and motivated to resume my career.

"I left Europe thinking about resuming my career and having more consistency and rhythm in matches. I didn't achieve it in my first season, but last year was very good because I played regularly and I was winning titles. It was a very good year. The most important thing is that I'm back playing at a high level.

"I had a little problem, but I had examinations and everything is fine; it was just a scare. I'm totally fit and can play at the highest level.

"I have contact with the [Madrid] board, but you end up distancing yourself and that's normal. I also still have a relationship with some players, but I have to thank the club for everything and their understanding. They were always concerned about my career and wanting me to play. They have taken good care of me.

"I have a contract with Cruzeiro until the middle of the year and I intend to fulfil it. From there, we'll have to see. I dream of playing in Europe again, but I feel happy and at home with Cruzeiro.

"When I arrived I trained well, started to play and even started in the Champions League, played well and we won. I am motivated and want to play at a high level and win titles. Without a doubt I think I have the option of returning to Madrid again." 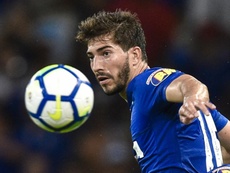 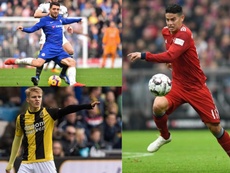 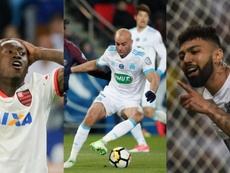 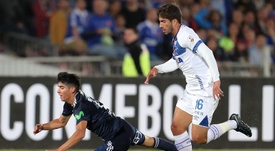 He arrived at Real Madrid a young star, came close to retirement and is now looking for a new team