Lazio has signed A. Pereira from Man. Utd

The Brazilian midfielder Andreas Pereira, property of Manchester United and formerly of Valencia and Granada, arrived in Rome on Thursday to finalise the details of his contract before signing for Lazio.

"Andreas Pereira has arrived in the capital", wrote Lazio on their Twitter account, accompanied by a video that showed the player's arrival at Fiumicino airport and him wearing the kit of the side from Rome.

Pereira, born in Belgium in 1966 but officially Brazilian, will sign in the coming hours subject to a successful medical, before being officially announced as a Lazio player.

If, as is expected, he completes his medical, the Brazilian midfielder will leave Manchester United, where he first arrived in 2014 and went on to make 75 appearances.

Lazio has signed A. Pereira from Man. Utd 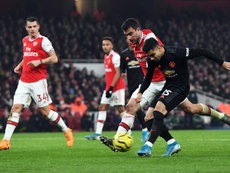 United to sell Andreas Pereira in order to sign players 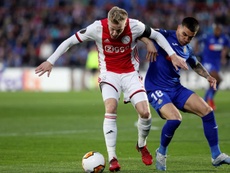 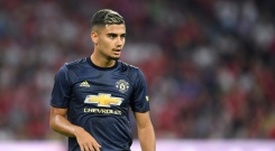 Man Utd midfielder Pereira: I'll go to Santos... but not yet