As Spain cruised to one final win in their qualifying campaign, they were faced by a defensively robust and hard-working Israel side, who had no options of making it to the World Cup but were looking to create surprise the group leaders.

Spain made up to 10 alterations to the team that featured in their last outing against Albania, with only captain Sergio Ramos retaining his place. As the minutes went by, the absences of Isco and Silva became more noticeable.

All three goals were scored within the first 26 minutes on Friday, but that was not to be the case in Jerusalem. Lopetegui's men were not allowed to sit back and relax against their unyielding hosts.

The three-time European champions immediately got a hold of the ball, but their patient build-up play proved ineffective in tearing down Israel's defensive scheme.

With the hosts defending so deep, Ramos spent most of the first half camped inside their half of the pitch. The defender unleashed a fierce strike from 25 yards to force Harush into stretching acrobatically to tip the ball over in what was the clearest chance of the first period.

Small glimpses of joy came the hosts' way when they won the ball back and managed to enjoy brief spells of possession. It was like they were momentarily freed from their Spanish shackles, bringing the crowd back to life in surges forward that were as brief as they were unfruitful, before Spain got the ball back.

Towards the final minutes of the first half, Israel's back line was torn apart for the first time when a pass released Pedro in behind, but the Chelsea forward failed to get the better of Harush as he looked to slot it past the keeper.

A similarly lethargic Spain came out after the break, lacking ideas and creativity up front to find a hole in Israel's defence. Lopetegui brought on more firepower in the form of Iago Aspas and Isco, but the hosts dealt comfortably with their fairly predictable passing in the final third.

Aritz Aduriz had a huge chance to open the scoring when Aspas pulled the ball into the six-yard box for the Athletic Bilbao striker but, in a subtle attempt to side-foot the ball past Harush, he completely missed it altogether.

The visitors were in need of something truly special to break down the defensive wall set up by the Israeli side, and Illarramendi was the man to provide the moment of inspiration. A curling corner was sent into the path of the Real Sociedad man outside the penalty area and he sent an absolute rocket flying straight into the top right hand corner.

It was heartbreaking for Israel who had worked so hard throughout the entire fixture and had made a huge effort in defence to no avail. They still managed to push forward commendably and had Spain frantically defending inside their own box as the game drew to its final stages, but it was the visitors who came away with all three points. 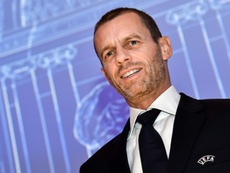 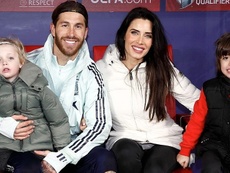 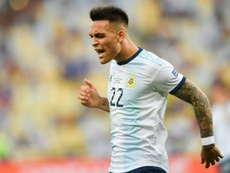 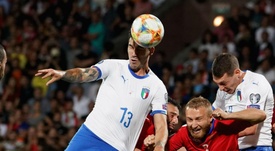