Italy lose Bastoni, Calabria and Biraghi ahead of crunch qualifier

Alessandro Bastoni, Davide Calabria and Cristiano Biraghi have all withdrawn from the Italy squad ahead of their crunch World Cup qualifier against Northern Ireland.

Inter defender Bastoni had been struggling for fitness and will not travel to Belfast for Monday's game, with Calabria experiencing a calf problem on Saturday and Biraghi dropping out for personal reasons.

To bolster his defensive options, with veteran centre-back Giorgio Chiellini having left the camp ahead of Friday's 1-1 draw with Switzerland, Roberto Mancini called up Davide Zappacosta.

Italy sit top of Group C on goal difference so only need to match Switzerland's result at home to Bulgaria when they take on Northern Ireland in order to clinch top spot.

A draw would have been enough had Jorginho converted a 90th-minute penalty against Switzerland on Friday, but the Chelsea midfielder missed his third successive spot-kick (including shoot-outs) for the Azzurri.

Italy have won seven of their 10 matches against Northern Ireland, who have been scoreless in the past six and secured their only victory in a World Cup qualifier back in January 1958.

However, the last meeting between the pair in Northern Ireland was a goalless draw at Windsor Park in October 2010. 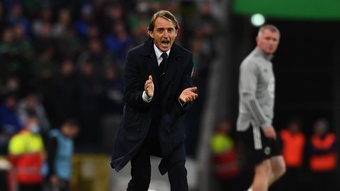 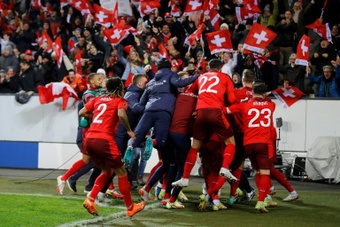