Zlatan Ibrahimovic returned from injury, coming off the bench for the final five minutes, as AC Milan defeated Torino 2-0 on Saturday to extend their lead at the top of the standings.

Champions Juventus ended Milan's 27-match unbeaten run going back to March last weekend. But Rafael Leao and a Franck Kessie penalty in the first half ensured Milan moved four points ahead of Inter who travel to third-placed Roma on Sunday.

In Milan, Ibrahimovic started on the bench, having been laid off since later November with a thigh and then calf problem. The 39-year-old Swede came on after 85 minutes in place of Leao in a game the hosts had dominated against lowly Torino.

Leao paved the way for Milan after 25 minutes after Theo Hernandez sent the ball through for Brahim Diaz to pass on for the Portuguese forward to beat Torino goalkeeper Salvatore Sirigu. The 21-year-old Leao has been in form in Ibrahimovic's absence, scoring the fastest-ever goal in Serie A history after just six seconds before Christmas.

Kessie calmly slotted in the second from the penalty spot after 36 minutes after a VAR review judged Torino captain Andrea Belotti to have tripped Diaz. Ricardo Rodriguez missed a chance to score for Torino against his former club, rattling the crossbar before the break with Sirigu denying Kessie from close range.

Milan's injury woes were compounded when midfielder Sandro Tonali was stretchered off five minutes after the break after colliding with Simone Verdi. The hosts were first awarded a penalty for the incident which was cancelled after a VAR review.

Torino slip to 19th place with Genoa moving out of the relegation zone with a 2-0 win over Bologna whose winless run stretched to eight games. 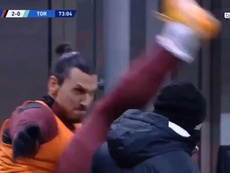 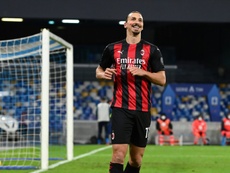 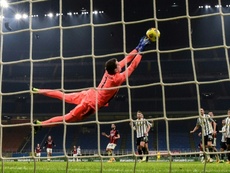 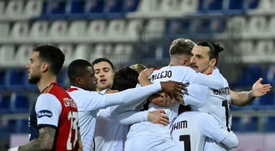