FA Cup holders Arsenal were sensationally dumped out of the competition by Nottingham Forest on Sunday, joining Leeds United as big-name casualties on a day of shocks.

Championship side Forest revived memories of their glory years under Brian Clough, putting 13-times winners Arsenal to the sword in an incident-packed win at the City Ground.

Eric Lichaj opened the scoring for the home side but Per Mertesacker equalised just three minutes later.

However, Forest continued to probe an inexperienced Arsenal line-up and got their reward just before half-time when Lichaj volleyed in spectacularly from the edge of the box.

Arsenal manager Arsene Wenger, serving a touchline ban, was forced to watch powerless from the stands as Rob Holding conceded a penalty that Ben Brereton converted to stretch home side's lead to 3-1.

Danny Welbeck gave Arsenal hope with just over 10 minutes to go but Kieran Dowell netted from the penalty spot again to seal a 4-2 win for the second-tier side over the Premier League visitors. 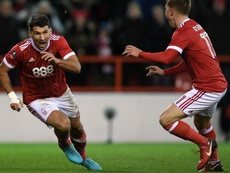 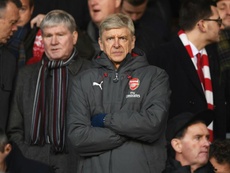 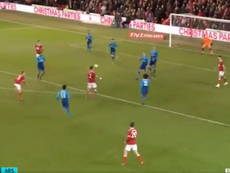 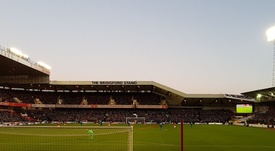 Fans mock Arsenal's failings in Europe... and are met with a hilarious response

Come dine with us, Mr Wenger