The 39-year-old former Fulham and England midfielder's pragmatic approach got the better of the more adventurous style of Brentford counterpart Thomas Frank as his side won 2-1 after extra time Tuesday at an empty Wembley.Â

Parker's approach to tactics may not be crowd-pleasing but they could be the right recipe to prevent the Cottagers going straight back down like they did last time.

Huge investment in players was not rewarded with results on the pitch with many of the influx looking hideously over-priced. Parker was a first-hand witness to the debacle having replaced Claudio Ranieri in February 2019 when they were all but doomed. Â Â Â

However, one of owner Shahid Khan's better investments was to hand Parker a two-year contract despite just three wins in his nine games in charge in the Premier League. Parker has rewarded that faith plentifully and the Craven Cottage club will earn around Â£135 million ($176 million) from being promoted.

Parker, though, like the players who remain from the relegated side is determined to not relive the trauma that came with the battle for survival. "There were some clear errors made last time," he said. "We will learn from that. We need to learn from that.

"We're going into the best league in the world, the best players, the best teams... it's a brutal league and I realise the challenge ahead." - 'Sun will rise again' -

The 18-times capped Parker -- one of a bright new generation of managers -- says that chief among the characteristics he is trying to embed in the club is a sense of pride.

For many Fulham fans there seemed to be a lack of commitment in several of the very well-paid new arrivals for the 2018/19 campaign and Parker does not want that to be the case this time round. Â Â Â Â

"You can have as much talent as you want but, if you're not building your football club on concrete and you're building it on sand, then in the end it will be the rollercoaster ride.

"I front it on the side and the players are the same and they go out and play, but underneath there is a support mechanism and who I am speaking about is family and close friends and it will be the same for the players," said Parker.

"I am probably proud and emotional for them because at times this year it has been very tough and difficult." Joe Bryan will be one of those players who exorcised the ghosts of relegation with his brace of goals being the difference against Brentford.

Bryan, bought from Bristol City in 2018 for Â£6 million, awoke to headlines like "Bry and Mighty". Â  "It's the best thing I've ever been a part of," he said.

"The manager gave a speech to us in the dressing room after the game about memories and how those are the things you remember about your career."

Parker faces a tough challenge but at least with a huge financial boost whereas Frank must hope he keeps his prized assets and try again.

"The sun will rise again tomorrow," said the thoughtful Dane. "It is not the end of the world.

"If you want to achieve something big you need to be able to bounce back from setbacks, and I know we are coming back even stronger next season." 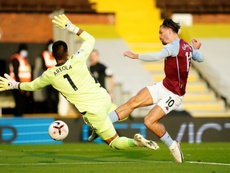 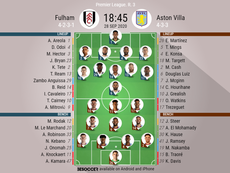 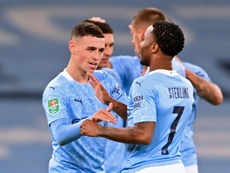 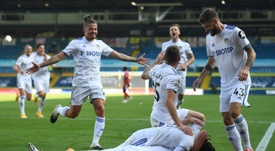