Yeah, things really need to be changed, and the absence of a new mode could harm this year's edition's longevity. However, new on-pitch improvements and new features from myClub make PES 2021 a worthwhile entry into the long-running series of football games and an outstanding entry point for fresh fans, particularly at the exclusive 12.80€ price for the pc games and around 20€ for Playstation and Xbox if you pick the cheapest offers on the cd keys price comparison website Cdkeybay, listing all the best gamedeals and game offers.

The Same, but Different

Reviewing a title that feels painfully familiar is tough. It's often hard to identify non-visual improvements or major mode extensions, equivalent to a remaster of a classic game. Some exciting tweaks, such as a new camera perspective, unique running with the ball techniques, and a restructured immersive Master League experience, were launched by PES 2020. All of these adjustments significantly refreshed the design of the game, and the advances from PES 2019 to PES 2020 were easy to spot. In PES 2021, aside from a minor color shift and the inclusion of a new soundtrack, the menus, match displays, team intros, appearance, and modes are all similar to PES 2020.

Yet PES 2021 turns into something more than a reskinned PES 2020 as you walk on the ground. The tempo is significantly slower. More sensitive management by teams. It just sounds more normal. When gaming offline, AI is significantly improved. Offline players will indeed enjoy the diversity of matches this year, clearer and more conscious. PES has mostly prided itself on its legendary Player ID, a region that has always failed to match its longstanding rival FIFA 21.

Few games, like when a lower-ranking team unexpectedly turns into Barcelona and effortlessly moves past you, could become irritatingly unrealistic. Fortunately, since players now commit many errors, this weakness is far less common than in PES 2020. The play looks more lively and unpredictable, from a mistimed snapshot to an underestimated cross or an ill-judged sliding tackle or headers. Although FIFA proceeds to dance with dribbling in arcade-style and features like Volta to boost its appeal, Konami is still pursuing the elusive hybrid simulation/arcade. And PES 2021 has the potential to really get you out of your chair with last-second goals or a last-ditch grab, in addition to a few setbacks. This year, it is a lot simpler to get immersed.

A full experience is applied to the handful-or-so limited modifications of PES 2021. There's a greater spectrum of shots and saves, and wing action allows a return to moving the ball with a buff. In reality, while dribble drive has only been tweaked marginally, it makes a significant difference. Talented athletes on the wings and in close spaces will create chaos. Direct, quick passing countering attacks are still awarded, but the alternative is now more popular for long-ball football.

Attempting to defend is much more risk/reward, with the area quickly invaded, and unless you don't focus against a professional enemy, you will quickly leak priorities. Likewise, fewer talented rivals can be stopped by a diligent player, so park-the-bus Mourinho fans are often catered for. of the turf. Konami embraced online mode as never before, especially since they changed their name to eFootball PES, but having a reliable net-based experience is key to the future of the series going forward. There seems to be a difference between both methods in PES 2021, like all games which combine offline/online modes. Konami also introduced additional matchmaking filters (such as requesting a secure connection while looking for an opponent), but the simple online interface feels enhanced. Player accidents are more serious as well (and are among the most irritating parts of PES 2020).

Players still bump one against the other, and there is still snapping, but this time through, the engine adapts faster. However, any referee in the match could really do with a ride to Specsavers, as certain scathing tasks can go unnoticed to a large extent. You still have a little bit of sweetness with the bitterness of football games. As offline players would like to see more fouls granted and compete in slower-paced tournaments, it is a difficult balance to find, whereas online gamers only want fast end-to-end action. When you reach the online field, this fragile mix of anger/satisfaction is much more noticeable.

With 1 exception, online branches and co-ops appear to be the same. MyClub is Konami's answer to the Ultimate Team juggernaut mode of rival FIFA, where you get teams and unlock packs, taking on rivals from all around the globe. The entry point is one key distinction for both myClub and FUT. In PES 2021, it's easy to have a packed team from the get-go. Sometimes, it's going to be very interesting playing with icons like Ronaldinho, Ronaldo and Beckham, particularly when you're used to never packing similar Ultimate Team icons. Five exclusive Club Versions are also sold by PES 2021, providing immediate access to a legendary player with moments such as a youthful version with Messi or prime Samuel Eto.

Visually, with approved teams and affiliate clubs profiting from face scans and precise builds, the gameplay looks fantastic. Messi looks like Messi and behaves like that. Players such as Van Dijk, Ronaldo & Barcelona's legend Lionel Messi have special, beautifully recreated movements and play-styles. The old legends are extremely detailed, too.

We would like to mention the price. Pro Evolution Soccer 2021 cost only 12€, which seems to be more than cheap compared to FIFA 21 that is currently selling for about 32€, those are the best prices for the video games that we found, using Cdkeybay a video game price comparison Website. 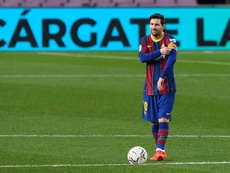 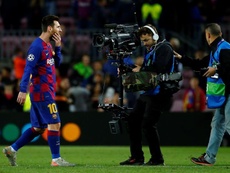 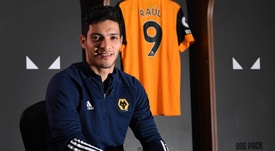