With 12 teams left on the race, the UEFA Champions’ League group stages will narrow down the list to six teams over the next few days.

The 2020-21 UCL group stage will be starting next month, giving punters enough opportunities to bet on soccer while enjoying the movement in the competition. Here’s all Champions League fans will want to know about the final qualifying round including start times and odds.

After losing 2-0 to Olympiacos in the first leg, Omonia Nicosia will face off the Greek giants again on 29th September. The winner in the second leg will book a spot in the draw for the Champions League group stages, so the match is expected to be tough for both teams.

In the last match, Omonia Nicosia made Olympiacos sweat for the win, though the Piraeus outfit remained dominant throughout the game. Olympiacos exploited the home advantage right from the beginning, leaving their opponent’s little space to express their skills. However, the Greek giants must do it all again on Tuesday, going into the match as the bookie’s favorite at 1.80 odds while the hosts come as the underdogs at 4.50 odds.

While Molde’s desire to progress in the Champions League has come at the cost of their league form, they seem to be on the right track to get to the group stages. Molde have managed to get through the qualifying rounds, drawing 3-3 against Ferencvaros in the first leg.

Having drawn in the first leg, Molde will aim to take control of the second leg to secure a win. On the other side, the Hungarian champions will be riding on their fine form and bolstered by their victory against Celtic and Dinamo Zagreb. As such, the game will be highly competitive, with Molde being the favorite at 2.20 odds and Ferencvaros being the underdog at 3.20 odds.

After going home with a precious away win in Belgium, Dynamo Kyiv will welcome KAA Gent on Tuesday in a match that seems to be tipped in their favor. From the get-go, Mircea Lucesxcu’s men were the dominant force in the game, and they managed to get an early lead in the 9th minute. Gent took control later in the game to score an equalizer, but it wasn’t enough to claim the win at home.

As things appear, Dynamo Kyiv is focused on reaching their first UCL group stage since the 2017-18 season. Kyiv is the bookie’s favorite at 1.99 odds, while Gent stands at 3.90. However, you can still wager on a draw at 3.50, though betting experts agree that it’s highly improbable in this game.

Krasnodar head into this match hoping to make it to their first UCL Group Stage ever. The team hasn’t impressed domestically, currently occupying the 7th position after seven games. Nonetheless, Krasnodar fans can take solace in knowing that they haven’t lost any home game this season.

In the previous qualifying round, PAOK did incredibly well to best SL Benfica and claim a 2-1 victory. The team exploited their home advantage to command the game right from the beginning, and they’ll be hoping to replicate the results on Wednesday. However, securing a win won’t be easy for either team, with PAOK being the favorite at 2.30 odds, while Krasnodar comes with 3.10 odds. The draw stands at 3.33 odds. 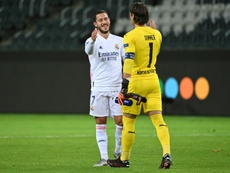 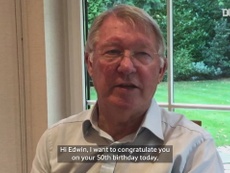 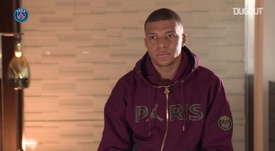