Celtic launch their quest for a record 10th consecutive Scottish Premiership title this weekend, with Rangers manager Steven Gerrard under intense pressure to stop them.

Nearly five months after the coronavirus shut down Scottish football, the 2020/21 season starts on Saturday with the battle for supremacy in Glasgow as fierce as ever despite the empty stands.

Celtic and Rangers have each achieved nine titles in a row before, but neither Celtic's European Cup-winning side that won nine titles from 1965 to 1974, nor Rangers cast of stars that reigned from 1988 to 1997, could complete a full decade of dominance.

The current Celtic squad look well set to succeed where those two great sides fell short as the economic consequences of the pandemic have left little chance for others to catch up.

"Going for the 10, it's historic, it's momentous and very special," said Celtic manager Neil Lennon. "I know it's been on the tip of a lot of our supporters' tongues and we'll be going all out to do it."

Celtic have been quiet in the transfer market other than the £4.5 million ($5.9 million) signing of Greek international goalkeeper Vasilis Barkas.

However, unlike recent seasons when Moussa Dembele, Stuart Armstrong and Kieran Tierney departed, they have so far kept hold of key players, despite admiring glances from some of Europe's heavyweight clubs for Odsonne Edouard and Kristoffer Ajer.

For Rangers boss Gerrard, the time has come to prove he can achieve as a manager what he failed to do in his storied playing career at Liverpool -- win a league title.

No Rangers manager has ever failed to win a trophy in his first two seasons in charge and been given the opportunity for a third.

Circumstances have given Gerrard that chance. Even the historically demanding Rangers support acknowledged the gap the former England captain had to bridge when he took the job in May 2018.

Gerrard has made the blue side of Glasgow a respected force in Europe again at Europa League level and beaten Celtic home and away in one-off matches.

But when the COVID-19 pandemic ended the 2019/20 Scottish season, Rangers were 13 points adrift of their bitter rivals at the top of the table.

The squabbling that engulfed the Scottish game as Rangers sought an independent investigation into the vote that saw league tables decided on points-per-game highlighted the landmark staging post that is nine-in-a-row in Scotland.

Rangers have turned a loan deal for Ianis Hagi, son of Romanian great Gheorghe Hagi, into a permanent transfer and fleshed out their squad with the additions of goalkeeper Jon McLaughlin and defenders Calvin Bassey and Leon Balogun on free transfers.

But the club were already relying on investors to cover a loss of Â£11 million in Gerrard's first season before coronavirus closed stadiums.

"We need more," Gerrard said after completing an impressive pre-season unbeaten with notable victories over Lyon and Nice. "I have told the club that. I've been honest and open with what I feel we need.

"In terms of where we are at from a financial point of view, they are questions for other people -- but I have made it quite clear that we need to add to what we've got.

"We need to add players into the 11 to make us stronger and then, naturally, that will make the squad stronger."

To bolster Gerrard's squad in more than one area of the pitch, Rangers might have to cash in on Alfredo Morelos, with Lille interested in the Colombian striker.

Morelos has been Rangers' top scorer for the past three seasons, but his time in Glasgow has also been peppered with seven red cards.

Gerrard faces a difficult balancing act but it is one he must get right or Celtic will stand alone in the history books. 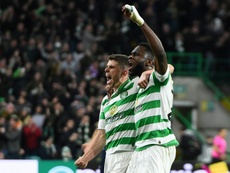 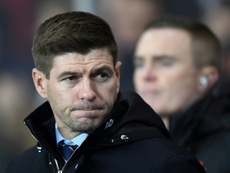 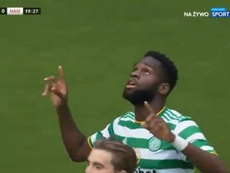 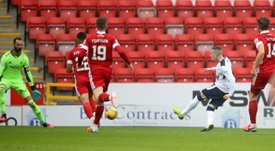