Brazilian clubs are the world champions of sacking coaches, and the turnover has been high this year: 23 rounds into the season, no less than 22 coaches have already got the boot.

It is not just teams at the bottom of the table playing musical chairs with the coach's seat in the dugout.

The Spaniard was sacked even though Flamengo were in third place, just one point off the top.

He was replaced by Rogero Ceni, under whom the Rio de Janeiro giants this week saw their defence of the Copa Libertadores end in a defeat on penalties by Argentine side Racing.

Of the 20 Serie A clubs, only five have not changed coaches yet this season.

A recent study foundÂ Brazil is the country where top-flight coaches are fired the most.

Directed by the GermanÂ Sport University Cologne, the study examined the firing of coaches in the Brazilian league from 2003 to 2018.

The authors found an average 37.1 coaches were fired each season in Brazil, versus 21 in Argentina, 10 in England and 4.9 in France.

Four consecutive bad results is often all it takes, the study found. Or getting eliminated from the Copa Libertadores, which increases a coach's chance of being shown the exit by up to 560 percent.

"The fact that teams are analysing performance on a time horizon of just four matches to decide whether to keep their coach shows how much management's thinking at Brazilian clubs is dominated by short-term logic," the study says.

Among the big clubs, Flamengo lead the list, with an average of 1.9 coaches per season, followed by Sao Paulo and Palmeiras at 1.6.

Coaches' jobs are all the more difficult, given that clubs are often equally quick to sell their best players to Europe -- Flamengo have not been the same since Spanish defender Pablo Mari left for Arsenal in January.

"We need to change our culture. Club presidents need to know why they hire and fire their coaches," Paulo Vinicius Coelho, a commentator for Brazilian network SporTV, told AFP.

The Brazilian national team has lately been an exception to the revolving-door trend. Coach Tite has held the job since 2016, and renewed his contract until 2022 after the last World Cup, even though Brazil were sent packing in the quarter-finals.

But he may be the exception that proves the rule: he is the first coach of the Selecao to keep his job after a World Cup -- whether won or lost by the five-time world champions -- since Claudio Coutinho in 1978.

His assistant, Cleber Xavier, recently said the high turnover rate for coaches was "one of the biggest problems" in Brazilian football.

The average coach in the "Brasileirao" stays just 65 days at the same club.

Sacked coaches do not necessarily stay unemployed for long, however.

Around 10 coaches on average coach two different teams in a single year.

Ceni is a case in point. The former Sao Paulo player -- a free kick and penalty specialist who holds the world record for goals scored by a goalkeeper, with 132 -- began his coaching career in 2017 at his longtime club.

But he lasted just six months and 37 matches.

He landed at Fortaleza and helped them reach the first division, then left for Cruzeiro. Three months later, he got the sack, and was happy when Fortaleza welcomed him back.

that did not stop him from quitting Fortaleza again last month to take the reins at Flamengo.

"The high turnover for coaches in Brazil is bad for players' development and bad for the teams' quality," wrote Tostao, the 1970 World Cup-winning forward, in his regular column for newspaper Folha de Sao Paulo.

"The league should regulate hiring and firing, but the clubs don't want that." 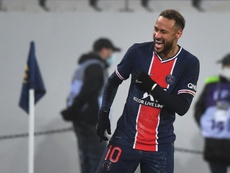 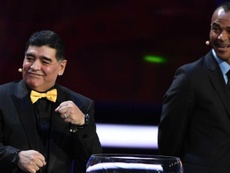 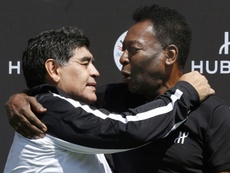 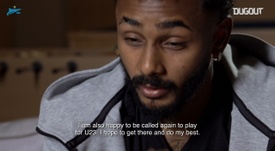