Atlanta United chase their first Major League Soccer crown just two years after joining the league on Saturday when they face the Portland Timbers in an MLS Cup final with a strong South American influence.

A day before Boca Juniors and River Plate meet in Madrid in their rescheduled Copa Libertadores final, South American football will be on display when a crowd of more than 70,000 fills Atlanta's futuristic Mercedes-Benz Stadium.

While the record attendance expected at Saturday's final is another demonstration of Major League Soccer's increasing maturity, this weekend's showpiece is also a reflection of how the United States has become a destination for South American talent.

Portland have nine players from South America in their squad, including four from Argentina, three from Colombia, one from Paraguay and one from Peru.

Savarese, who played in Major League Soccer's maiden season in 1996, has witnessed first hand the evolution of South America's influence on the league.

"It's not only now, we remember all the way to the beginning of MLS the influence of players from South America, how important the players have been to this league," Savarese told reporters on a conference call.

"The different components they bring, quality, competitive living soccer all their life. It's a good thing to be able to bring to the league."

More than 60 players from South America were spread across the league at the start of the 2018 season, many in the early stages of their careers, and unashamedly hoping to use the league as a stepping stone to bigger things.

"It's a bridge to Europe," Paraguayan forward Almiron told reporters during a pre-season media day earlier this year.

"The league is being watched so much around the world. My objective ever since I was at Lanus is to go to Europe."

That wish may come true. Almiron, who has scored 21 goals for Atlanta in 62 appearances, is reportedly close to signing for English Premier League side Newcastle.

Savarese agreed that the profile of players joining the league from South America is trending younger.

While MLS clubs continue to attract veteran European stars such as Zlatan Ibrahimovic and Wayne Rooney, players at the opposite end of their careers are also drawn to the competition.

"The more MLS has evolved and grown, not only can we bring a specific type of South Americans, now we bring a different diversity," said Savarese.

"From more experienced to young, different players that can contribute. Every year MLS earns more credibility in South America."

"You are seeing more South Americans, especially young players coming into this league and making it a stronger league," the 23-year-old Argentine said. "That's going to continue to happen."

For some players, such as Atlanta striker Martinez, the MLS has become home.

The 25-year-old, who broke the league's single-season goal record this year with 34 goals (31 in regular season, three in playoffs) says he has no plans to move anytime soon.

"I'm going to be here as long as they want me," Martinez said this week after collecting his MVP award. "I am happy here. I feel like I'm at home." 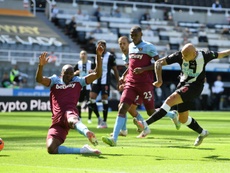 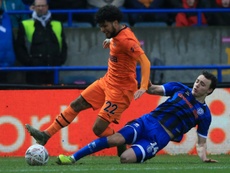 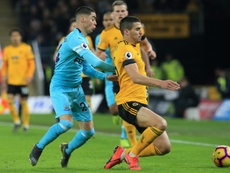 Bruce could dispose of Almiron 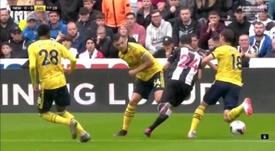 Almiron started 2019/20 season with a booking for diving!