Egyptian star Mohamed Salah scored in a 1-1 draw with Manchester City at the weekend to equal a Liverpool record of eight goals in the first eight league matches of a season.

Robbie Fowler set the benchmark in the 1995-96 season and Spaniard Fernando Torres matched it in the 2009-10 campaign.

Here, we round up the performances of African stars in the major European leagues.

The two-time African Player of the Year converted a first-half penalty as the champions had to settle for a draw at title rivals Manchester City. Salah netted in the 13th minute -- his 10th goal of the season in all competitions -- but Gabriel Jesus's equaliser stopped Liverpool returning to the top of the table.

The Ghana striker scored his first goal of the season in a 4-1 win against Leeds at Selhurst Park. Ayew had gone 14 games without a goal before he netted in the 70th minute to wrap up the points with his side already leading 3-1. It was the 29-year-old's first goal since scoring in Palace's win at Bournemouth in June.

Ziyech provided two assists in a man-of-the-match display as Chelsea thrashed Sheffield United to move to within three points of the top of the Premier League. The Moroccan was making just his second league start for the Blues after a 40 million euro move from Ajax and provided inviting deliveries from crosses for Ben Chilwell and Thiago Silva to score.

Algerian defender Mandi had a day to forget as Real Betis went down 5-2 at Barcelona. Mandi conceded two penalties and was sent off for the second one, after stopping Ousmane Dembele's shot with his arm on the line. Antoine Griezmann missed the first spot-kick but Lionel Messi made sure with the second before Barca took advantage of their extra man to score two more late goals at Camp Nou and complete a resounding win.

Ivorian Kessie's shot at goal was deflected in off Verona defender Giangiacomo Magnani as Serie A leaders AC Milan came from two goals down to draw 2-2 at the San Siro. A foul on Kessie saw Milan awarded a penalty after 66 minutes which Zlatan Ibrahimovic sent over the crossbar. "I'll let Franck Kessie take the next one, that would be better," said the veteran Swede.

Nigerian Osimhen's 23rd-minute header was the only goal in a 1-0 win over Bologna as Napoli moved third in Serie A, three points behind AC Milan. Senegalese defender Koulibaly looked to have scored a second after the break, but it was ruled out after a VAR review showed an Osimhen handball during the build-up.

The Algeria defender hit the post in an explosive first half and headed wide late on in Gladbach's 4-3 loss at Bayer Leverkusen. Moenchengladbach's captain Lars Stindl scored first-half goals and Lucas Alario equalised twice while Bensebaini smacked the woodwork with a powerful shot. The 25-year-old was lucky not to be sent off late on after holding Leverkusen's Florian Wirtz while going for the ball having already been booked in the seven-goal thriller.

The Mali international made his third appearance since missing two Bundesliga games with the coronavirus as Leipzig went second in the Bundesliga with a 3-0 win over Freiburg. The 22-year-old put in a great cross which saw Swedish playmaker Emil Forsberg hit the post on his 100th Bundesliga appearance before Ibrahima Konate, Marcel Sabitzer and Angelino netted.

The Cameroon forward hit the headlines for the right reason as he scored twice in a 5-1 win at Nimes to take his goals tally for the campaign to four. The 28-year-old was given a four-month suspended prison sentence in October for domestic violence against his partner. He also received a separate suspended three-month sentence and fine for a traffic violation.

Having made his Senegal debut last month after a strong start to the season, the France-born striker netted two more goals in a 4-4 draw at Lens. Dia, 23, replaced Kylian Mbappe as the league's top scorer this term with eight goals from as many matches. He has been selected again by Aliou Cisse for this month's Africa Cup of Nations qualifying doubleheader against Guinea-Bissau. 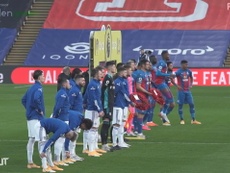 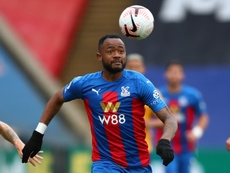 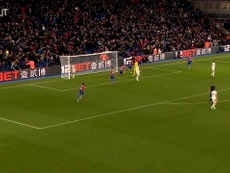 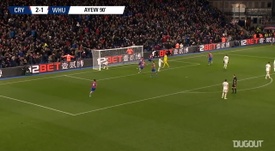