Aduriz received like a hero in the dressing room

The whole team, his friends and his family were waiting for Aduriz to go to the dressing room to congratulate him on his stunning goal against Barcelona.

Aduriz was the star of the show against Barcelona because he scored an absolutely fantastic goal with his first touch of the ball. The striker is close to retiring and he made clear that he would still do everything he possibly could to help the Basques.

And that is what he did. His goal was so good that the whole team, his family and friends waited for him to applaud after falling silent at first.

Aduriz went one by one to appreciate the signs of affection after one of the most important goals for him at the back of his career. 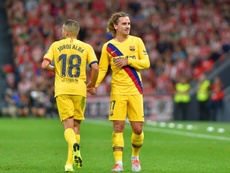 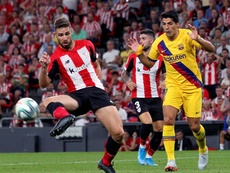 Barca fail to score versus Athletic Bilbao twice in a row 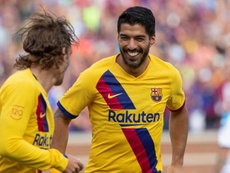 Suarez gets injured, but Uruguay call him up 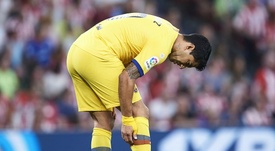 "I said I'll help Athletic Bilbao until the last day"