French teenager Yann Karamoh scored the winner as Inter Milan ended a two-month victory drought to move back third with a 2-1 win against nine-man Bologna on Sunday.

Eder opened the scoring after three minutes at the San Siro only for former Inter Milan star Rodrigo Palacio to pull Bologna level after 25 minutes.

But Karamoh, 19, marked his first Serie A start by grabbing a stunning winner after 63 minutes to give Luciano Spalletti's side their first three points since December 3.

"It's not easy to get through times like this," said Spalletti whose side had taken just six points from their previous eight games.

"We started very strong this season with an incredible run of results, so expectations were unduly raised."

Bologna were down a man after Ibrahima Mbaye was sent off on 68 minutes for a second yellow card, with defender Adam Masina also seeing red in injury time for a foul on Lisandro Lopez.

"Today we did really well. We took the lead, there was an error for the equaliser and the ghosts of games past came back to haunt us again," continued the Inter coach.

"But we had a good second half, although we didn't make the most of the extra man and were a little too timid on the ball. Considering the situation, we were exceptional."

The win moves Inter up to third ahead of Lazio who were crushed 4-1 by leaders Napoli on Saturday.

Napoli maintained their one-point advantage on champions Juventus who beat Fiorentina 2-0 on Friday with Inter now 15 points off top spot.

Lazio's third straight defeat could also see them drop further to fifth at the end of the weekend with AS Roma just behind hosting bottom side Benevento later Sunday.

Inter's top scorer Mauro Icardi remained on the sidelines through injury with Karamoh getting his first start in place of Antonio Candreva.

And the teenager made an immediate impact opening the way for Croatian Marcelo Brozovic who set up Eder for the close range opener.

But Palacio, who left Inter for Bologna last year, equalised on 25 minutes after a blunder saw defender Miranda mistakenly pass to the Argentine who made no mistake.

Karamoh grabbed the winner after exchanging passes with Rafinha, dribbling past two opponents with his left-footed effort from a distance leaving Antonio Mirante with no chance.

Mbaye and Masina sent off for tackles on Rafinha and Lopez respectively, but Bologna, who drop to 13th, still threatened in the final minutes.

"He (Karamoh) did well, but at other times he takes a break and it becomes difficult for us if we lose possession of the ball," said Spalletti.

"As a boy he easily gets depressed, but then he has incredible fire. In short, he must grow."

Elsewhere Sampdoria, in sixth, saw off second-from-bottom Verona 2-0 to stay ahead of European rivals AC Milan who went on a four-goal spree at SPAL on Friday.

Andrea Belotti scored on his return from injury as Torino, in ninth, beat Udinese just a place below them, 2-0, amid more video assistant referee (VAR) controversy.

Udinese looked to have opened after a Kevin Lasagna header bounced off the crossbar with Antonin Barak finishing off the rebound.

But after long minutes viewing VAR, the referee disallowed the goal for a Maxi Lopez push on Nicolas Burdisso.

Genoa won 1-0 at Chievo with a late Diego Laxalt goal, with Sassuolo and Cagliari playing out a goalless draw. 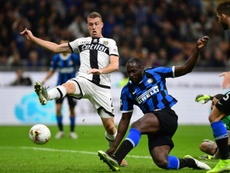 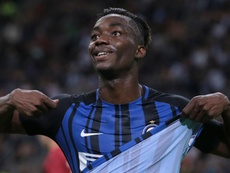 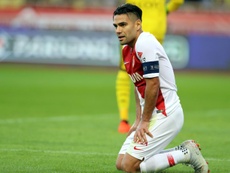 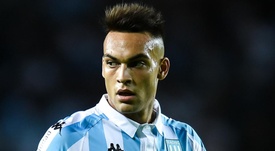 Martinez on target on Inter debut

Barca on the hunt for Karamoh

'French players don't want to play in Serie A'