Stuttgart romped to a 4-1 triumph at 10-man Augsburg on Sunday to earn their first Bundesliga win since thrashing Borussia Dortmund last month.

Stuttgart claimed their fifth away win this season after taking the lead at Augsburg thanks to Argentine striker Nicolas Gonzalez's early penalty which came when his south American compatriot Mateo Klimowicz was fouled in the area.

Stuttgart were 2-0 up at half-time after Congolese winger Silas Wamangituka finished a counter-attack with his first goal since netting twice in the 5-1 win at Dortmund which ultimately cost Lucien Favre his job.

Stuttgart captain Gonzalez Castro fired his side 3-1 up on the hour mark when he banged home a long pass to the far post.

Soon after, Richter received his second booking inside three minutes and was shown a red card after accidentally kicking the Achilles tendon of Waldemar Anton.

The Stuttgart defender had the last laugh when his cross to the far post was tapped home by substitute Daniel Didavi three minutes before the whistle.

After two defeats and a draw in their previous three league games, the victory lifts Stuttgart above Augsburg into 10th.

Bayern Munich remain top of the Bundesliga despite crashing to a 3-2 loss at Borussia Moenchengladbach on Friday while second-placed RB Leipzig lost 3-1 at home on Saturday to Dortmund, the only top six team to win this weekend. 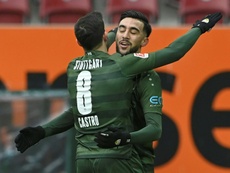 Matarazzo at a loss to explain Stuttgart's latest away victory 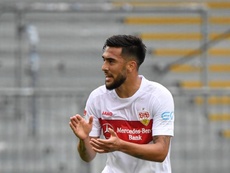 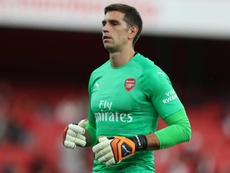 Martinez and Gonzalez called up for Argentina without Messi 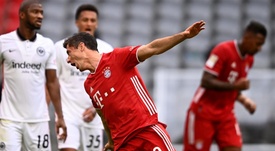