Manchester United will reportedly need to improve their offer to Sporting CP if they are to land Bruno Fernandes.

Fernandes, 25, is linked with a January move to Old Trafford, but it seems talks are ongoing between the clubs. The Premier League outfit will need to raise their offer to land Fernandes, with some distance seemingly still between the sides.

Sporting want £55.4million (€65m) from Manchester United for Fernandes, according to TVI 24. The report says United are offering £42.6m (€50m) plus bonuses for the midfielder.

With Scott McTominay and Paul Pogba injured, United are desperate to strengthen in midfield this month.

- Christian Eriksen could be nearing a move to Inter. The Tottenham midfielder's agent Martin Schoots had dinner with Inter chief executive Giuseppe Marotta on Thursday, according to CalcioMercato.

- Tottenham must continue their search if they are to replace the injured Harry Kane this month. The Sun reports a possible move from Milan to Spurs for Krzysztof Piatek appears over and Tottenham are now looking at Porto forward Ze Luis or Napoli's Fernando Llorente, who left the club at the end of last season.

- Lille midfielder Boubakary Soumare is deciding between Manchester United and Chelsea, according to Sky Sports, although no move is expected until after the Ligue 1 club face Paris Saint-Germain on January 26.

- Staying at Old Trafford and Manchester United will be offered Paris Saint-Germain forward Edinson Cavani for free at season's end, according to the Manchester Evening News.

- West Ham's bid to sign Ross Barkley is not over yet. The Mirror reports the club will not give up on trying to land the Chelsea midfielder, who has made just seven Premier League appearances this season.

- Arda Turan remains contracted to Barcelona, but the midfielder knows where he wants to go next. The Turkey international is interested in signing with Boca Juniors, according to Sport, after terminating his loan agreement with Istanbul Basaksehir earlier this month. 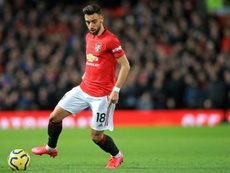 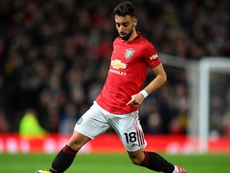 Dalot: It's like Bruno Fernandes has been at Man Utd for two years already 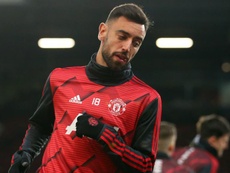 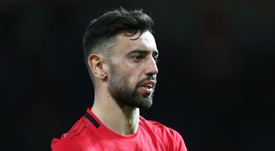 Fernandes will be 'top, top addition' to tired United side - Solskjaer