Former US national coach Bruce Arena's side will visit the Columbus Crew in next Sunday's semi-finals.

Columbus beat visiting Nashville 2-0 on a 99th-minute goal by Portuguese midfielder Pedro Santos and a breakaway marker by American Gyasi Zardes in the 103rd to reach the Eastern Conference final.

At Orlando, Spanish midfielder Carles Gil opened the scoring with a penalty in the 17th minute for New England before Bou netted his first goal eight minutes later.

Bou paid tribute to his fellow Argentinian Diego Maradona, placing an Argentina flag on the ground, kissing it and pointing to the heavens as he knelt.

The Lions halved the deficit in the 33rd minute as Brazilian midfielder Junior Urso found the net.

But Orlando City were undone in the 60th minute when Uruguayan midfielder Mauricio Pereyra was shown a red card.

The Lions were given a lifeline in the 74th minute, but Nani's right-footed penalty was batted away by Turner.

"It came down to a big moment on the penalty kick," Turner said. "I did my homework, spent hours on video and made the play on the kick.

"We got the win and it feels really good."

New England sealed the victory in the 86th minute when Gil set up Bou on the counter-attack and the South American star flicked the ball between the legs of Orlando goalkeeper Brian Rowe and into the back of the net.

The Revolution have reached the MLS Cup final five times but have yet to capture the crown. 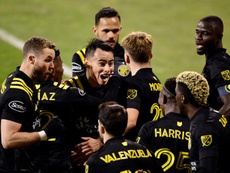 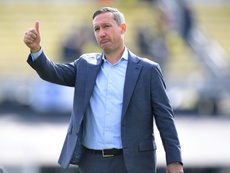 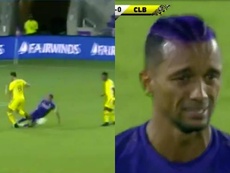 Nani was sent off and left the pitch in tears 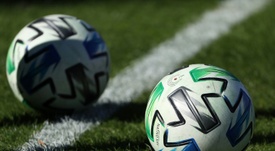