Thursday marks the 100th derby between the bitterly divided neighbours from the Algiers port communities of Casbah and Bab El Oued.

And while this particular derby can divide families to the point of fisticuffs, the two sides share an eerily similar past of politically motivated struggle.

Mouloudia Club d'Alger is the older of the two whose name is a reference to the birth of the Islamic prophet Muhammad.

They were founded in 1921 and even play in the green of Islam, alongside white and red, thus making up the colours of the national flag.

They claim to be the first Muslim football club formed in then-colonised Algeria.

Originally decked out in a red strip, they added black as a sign of eternal mourning in memory of those killed in the Setif Massacres in 1945, sparked after local French police fired on anti-colonialisation protestors.

With such fiercly patriotic beginnings, it is perhaps unsurprising each side's fans can be fanatically passionate.

So much so that the match due to be hosted by USM will actually take place 50km away in Blida, by order of the Algerian police.

USM have been punished for past fan violence.

But even the nation's government backed daily newspaper El Moudjahid lamented the venue switch, which it said would "kill" a normally white-hot atmosphere generated by 60,000 fans gathered in the Stade du 5-Juillet, the national stadium used for Algeria games and the big derbies.

Even USM's regular stadium, which holds just 17,500 but is located right on the seafront with a hill behind from which fans can watch the game, would have been a preferable venue to the one in Blida.

Even so, interest in the match is at fever pitch in the old town of Casbah, predominantly MC-supporting, and the poorer neighbourhoods at Bab, who follow USM.

While most Algerians are a little wearied by such fearsome rivalry, the mood in the old town and the city itself lifts around derby day with a boost to the local economy.

Fans in the two adjoining neighbourhoods have been parading their colours and singing songs in a glorious display of irreverent anarchy for days already.

Family rivalries related to the derby are legendary.

Perhaps the most amusing surrounds the Hassan brothers when Tahir played in attack for MC and his younger sibling Kamel turned out in goal for USM in the 1970s but could no longer bear to see each other.

In the present day, Amir Meddour, who spoke from Casbah, claimed he had banned his MC-supporting son from hanging out with his maternal uncles, fans of USM, ahead of the match to offset the possibility of fights breaking out.

Yet these two teams stood shoulder to shoulder during the struggle for Algerian independence from 1954-1962 when the National Liberation Front (FNL) called for a boycott of local championships.

When the Algerian League was created in 1962 following independence, USM were the very first champions while MC had to wait a decade to win their first title.

USM are the current champions and top the league this season, with MC 10th, but both have won the title seven times, bettered only by the 14 crowns JS Kabylie have claimed. 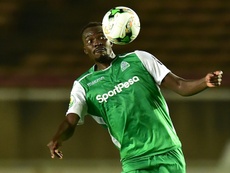 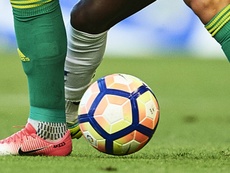 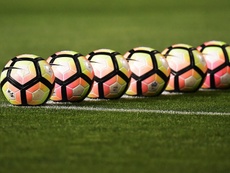 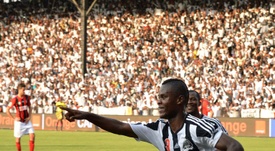