For the first time since 2004, Yokohama F.Marinos – part owned by the City Football Group – have been crowned champions of Japan.

Ange Postecoglou ended Yokohama F.Marinos' wait for J.League silverware by leading the Japanese club to their first title since 2004.

F.Marinos – linked to Manchester City as part of the City Football Group, which owns a 20 per cent share in the club – had gone 15 years without a league crown. But after narrowly avoiding relegation in his first season in 2018, former Australia head coach Postecoglou ended F.Marinos' wait following Saturday's 3-0 defeat of FC Tokyo. In front of a sell-out crowd of 63,854 fans at Nissan Stadium in Yokohama, 10-man F.Marinos emphatically sealed a fourth J.League trophy thanks to goals from Theerathon Bunmathan, Erik and Keita Endo.

F.Marinos – riding a 10-game unbeaten run and six-game winning streak – entered the final-day showdown three points clear of Tokyo, with Postecoglou's men needing to lose by four goals to be denied the title. For Postecoglou, surrounded by countrymen Peter Cklamovski and Arthur Papas, it is reward for the Australian's hard work and unrelenting belief in his philosophy following last season's 12th-place finish.

Winner of two National Soccer League championships, back-to-back A-League titles and a record 36-match unbeaten streak at Brisbane Roar, plus a ground-breaking 2015 Asian Cup triumph with the Socceroos – Postecoglou turned F.Marinos on their head in 2018. While there were initial struggles, the squad came to grips with Postecoglou's demands this season, though the 54-year-old never had any doubts as he wanted to leave his mark on Japanese football.

In an interview with Omnisport in April, Postecoglou said: "While it's not going to be perfect, particularly in the beginning, it's going to be a hell of a ride." It was always going to take a bit of time," Postecoglou added. "But it's consistent with what I've done before. I knew coming into it, the way I wanted to play was going to challenge everyone in the club. We had some really good moments and some poor moments. There was a massive difference in our best and worst, that was reflected in the results. We still made the cup final. At times, we played some good stuff.

"This year, we've changed the squad a fair bit. The main thing for me is we have players here who have the characteristics in what I need and I also think the club now understands sort of what we're trying to achieve. Everyone is fully supportive of it. The start of the season is promising. We are certainly more consistent than the last year but it's a tough league. Every week is a challenge, every week the opposition has outstanding players."

"Wherever I've coached, I want to win things," continued Postecoglou, who led Australia to qualification for the 2018 World Cup before stepping down. "There's no shying away from that, as much as I want my team playing a certain way because I believe you can be successful doing it that way. What success looks like, I've never really thought that way. When I get a team to play the way I want to, success follows. That's the first challenge.

"We will see where that takes us. Hopefully we can win some silverware for the club and more importantly, win silverware playing a certain way. It will be exciting for the fans and hopefully make a difference to football." 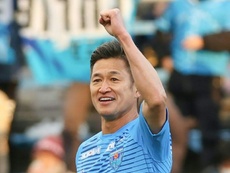 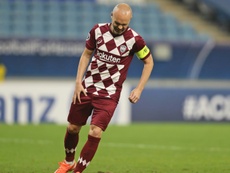 Ex-Barcelona star Iniesta vows to play on after surgery 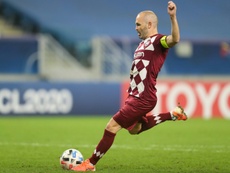 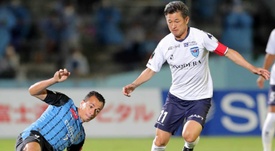