After Tottenham's 5-0 win away to Marine in the FA Cup, José Mourinho commented that he wished to see the post-match interview that Carlos Vinicius had done, scorer of a hat-trick, to value the quality of his teacher, his Brazilian compatriot Lucas Moura. The Portuguese manager also praised the three goals of Vinicius.

Tottenham hammered Marine 5-0 in the FA Cup, a match in which Carlos Vinicius scored a spectacular hat-trick. After the win, José Mourinho spoke to the media and asked the journalists about the interview that his player had done.

At that time the journalist informed Mou that he spoke clear and correct, although it was only 10 words, to which José replied: "Okay. Next time a little bit more. That's a start".

"And the third goal was really an amazing goal. But the other two are what I call 'striker's goals'. Sometimes easy goals but you need to be there to make it easy", Mourinho concluded. 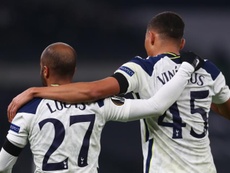 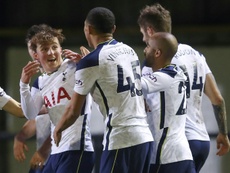 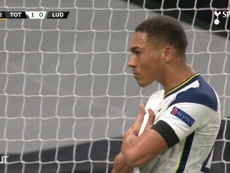 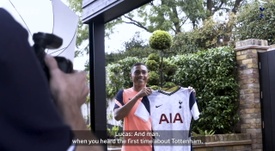