Mario Baudry, the partner of Maradona's ex, believes his death was avoidable. He had a very good relationship with Diego Maradona and the '10' even sent Baudry a voice message wishing him all the best.

He has criticised Maradona's doctor, Leopoldo Luque, in comments to several Argentinian media outlets. The doctor is being investigated for possible manslaughter. Baudry says that the ex-footballer's death could have been prevented. Just days beforehand, he hit his head hard and nobody carried out tests on him.

"Maradona's death was avoidable. Luque is a nice person, but if I have the best Ferrari in the world and I give it to a five year old, he'll destroy it. Diego fell out of his bed a few days beforehand, he hit the right side of his head on the wall and he did not have any tests done at all," he began. Leopoldo Luque has already defended himself publically.

"On the Monday before he died, Diego told Veronica he wanted to see her. Vero went to see Maradona, but there was no doctor or anybody. Maradona did not even have a normal bathroom in his room, it was a chemical bathroom, like in camping. And the room was very small. It was not the right place for Diego to be," he concluded.

Comments by Maradona's daughters have also been leaked. "We saw Diego had a lot of swelling, especially on his belly and his eyelids. We were promised they would bring him home to continue with his recovery and where our father was staying was not like home," they said. 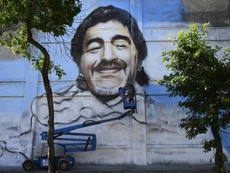 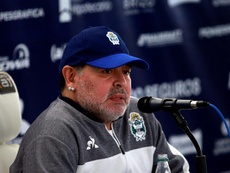 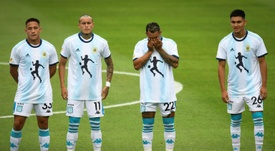