BeSoccer 18 days ago 7k
Mancini wants unbeaten run until after World Cup ahead of Spain clash.
Roberto Mancini said on Tuesday he wants Italy to keep their world-record unbeaten record going until after next year's World Cup as he prepares his team for their Nations League semi-final with Spain.
End
Semi-final
Italia

Wednesday's match at the San Siro will be the sternest test of Italy's 37-match run without defeat since they won Euro 2020 in the summer.

Spain coach Luis Enrique said after announcing his squad that every match brings Italy "closer to losing" but Mancini is hoping to take his team's run to the Qatar World Cup and beyond.

"We're at 37 matches but we want to carry on for a long time. It depends on us and how we play in the coming matches. We know we're a good team but we need to keep working in order to keep winning", Mancini told reporters

"Luis Enrique is right, sooner or later it (a defeat) will happen, it's a question of mathematics unfortunately. We hope to go on like this until December 2022, but I don't think that will be very easy".

The opening match of a Final Four which is being held in Milan and Turin will be a replay of a thrilling semi-final between Italy and Spain at the Euro which the Azzurri won on penalties.

Mancini said in an interview with UEFA on Monday that Spain were the toughest team Italy faced in the whole tournament, and the 56-year-old has pitched the match and the Final Four as a chance to test themselves against the best with the World Cup little more than a year away.

"It's an important competition. Obviously it comes after the Euro and therefore the matches might seem lesser events", he said.

"They're matches between the four best in Europe and they're always two important matches to help us improve".

"We need to improve because we have young players who need to play important matches. We have 14 months to the World Cup, and in those 14 months we need to learn to play even better". 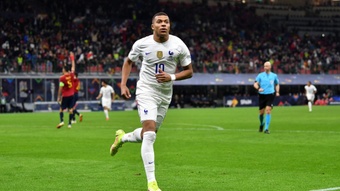 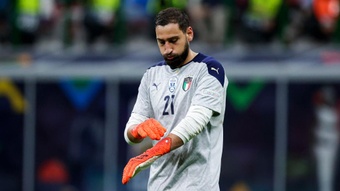