Here we take a look ahead of the Champions League clash between Liverpool and Red Star Belgrade at Anfield.

Liverpool: The 'Reds' have had an excellent start to the season overall, but were disappointed on their last outing in the Champions League as they fell to a last-minute Lorenzo Insigne goal to lose to Napoli.

James Milner, Gerogino Wijnaldum and Sadio Mane should all be in contention despite picking up injuries recently, but Jordan Henderson and Naby Keita will not take part due to both suffering from hamstring issues.

Red Star Belgrade: The Serbian outfit were able to hold Napoli to a draw in their first game in the competition, however were battered 6-1 against PSG including a Neymar hat-trick, a game that was incidentally investigated for match-fixing allegations.

Red Star will be without some of their biggest names for this one, inlcuding Milan Rodic, Jonathan Cafu and former Chelsea man Marko Marin.

Liverpool manager Jurgen Klopp on what he expects to see from Red Star in the game:

"Offensively and defensively, Serbian teams are always well organised, they know how to defend and are not bothered to be a bit more aggressive."

Red Star striker El Fardou Ben Nabouhane on what the Liverpool game will mean for him personally:

“I was a Liverpool fan as a kid, dreamed of playing at Anfield, but I’m a professional football player and I’ll be focused

"This match is coming after a hard loss in Paris and we have to play with much more confidence than there. Liverpool are one of the best teams in the world, especially in home games."

Liverpool and Red Star Belgrade have met just twice in official competition, with the Serbian club triumphing on both occasions during the 1973/74 season.

Liverpool were the second highest scorers in the Champions League group stages last season with 23 goals.

The home side have now lost three Champions League matches in four games. Their previous three losses had come in 17 games prior to these four. 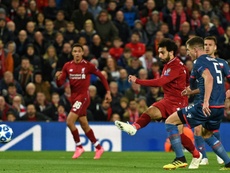 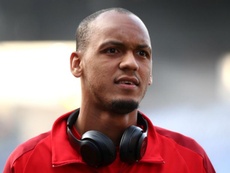 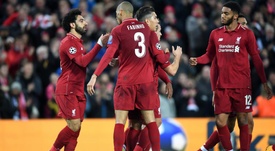 How did Fabinho do against Red Star?