The Frenchman was playing for the U21s in a bid to regain match fitness having been sidelined since rupturing his Achilles tendon against Atletico Madrid in the Europa League back in May.

The experienced defender played 45 minutes in the U21s' previous game in the competition and had been penciled in for the full 90 this time around, only to be forced off ten minutes from time with what appeared to be a muscular problem.

Koscielny was merely tracking back when the injury happened, with Arsenal's physio quickly on the scene to help him off the pitch.

The injury occurred just after Andre Green struck Pompey's second of the game to secure the hosts a 2-1 win and knock Arsenal out of the competition.

Having already missed his country's successful World cup campaign this summer due to injury Koscielny will be praying his latest setback is nothing serious as he looks for a return to first-team reckoning ahead of the festive fixture pile-up.

One of Arsenal's longest-serving players, Koscielny has made 324 appearances for the club since joining from Lorient back in 2010. 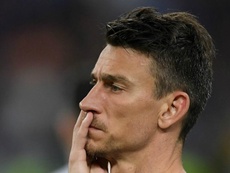 Koscielny: I left Arsenal with my head held high 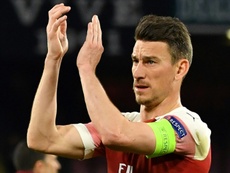 'I did not disrespect Arsenal,' says Koscielny 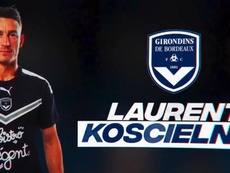 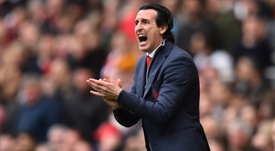 Koscielny wants to go to Bordeaux for nothing