When Zimbabwe star Khama Billiat watched in horror as his spot-kick rebounded off the post, it opened the door for Highlands, based in a northeastern Johannesburg township, to advance.

Experienced Musa Nyatama strode forward and slammed his penalty over Itumeleng Khune and into the roof of the net for a 5-4 shootout triumph after a 1-1 draw following extra time.

Chiefs' exit came a couple of weeks after Orlando Pirates, the other major crowd-pullers in South Africa, were beaten in the round of 32 by Bidvest Wits, also after a shootout.

Namibian Peter Shalulile, one of the most consistent scorers in the Premier Soccer League, scored for Highlands after 57 minutes on a pitch that was barely playable due to rain.

But the hosts were rattled just six minutes later when Sello Motsepe conceded an own goal before a sell-out 10,000 crowd at Makhulong Stadium in Tembisa.

With no further goals during regular and extra time, a penalty shootout ensued and both sides converted four of their mandatory five kicks.

Billiat fluffed the first of the sudden-death kicks enabling Nyatama, a recent signing from Pirates, to score and become the toast of Tembisa.

"Character won this match for us," said Highlands coach and former Derry City forward Owen da Gama. "My boys worked their socks off.

"This success is special as Chiefs had become a bogey team for us this season, beating us home and away in the league."

Chiefs' German coach Ernst Middendorp said a pitch that was saturated in patches contributed to the downfall of the record 13-time South African Cup winners.

"I do not wish to make excuses, but our passing was sub-standard partly due to the conditions, and the cup tie became a game of roulette."

Chiefs, the most successful South African club with 53 domestic trophies, must now retain their league lead in the 10 remaining rounds to end a five-year title drought.

Meanwhile, Mamelodi Sundowns rested their regulars before a CAF Champions League last-eight clash with Al Ahly in Egypt next weekend, and battled to beat fourth-tier VUT 2-0 in Pretoria.

It took the 2016 African champions 54 minutes to unlock the minnows' defence with veteran centre-back Wayne Arendse soaring above two opponents to nod a corner past Obakeng Naane.

VUT missed a penalty soon after falling behind and Sundowns took advantage to double the lead 19 minutes from time when Phakamani Mahlambi pounced on a deflection to score.

In northern city Polokwane, Baroka conceded two own goals and trailed twice before ousting lower-league outfit Hungry Lions 4-2 on penalties after a 2-2 draw.

Premiership teams Wits and Chippa United clash in Johannesburg on Monday in the final second round tie. 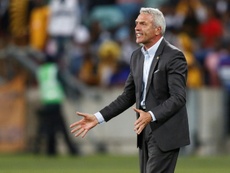 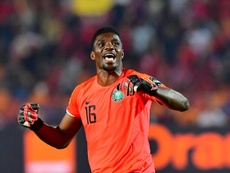 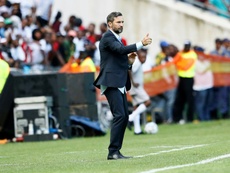 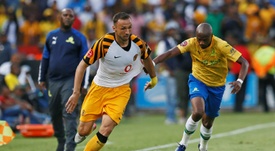