Danny Ings boosted his bid for the Premier League's golden boot in Southampton's 1-1 draw at Everton on Thursday.

At Goodison Park, Southampton extended their unbeaten run to three games and dented Everton's bid to reach the Europa League.

Southampton's James Ward-Prowse won a penalty in the 28th minute when he was tripped by Andre Gomes, but the midfielder blazed his spot-kick against the crossbar.

Three minutes after that miscue, Ings put Southampton ahead.

Stuart Armstrong miscued his shot into Ings' path and the striker rounded Jordan Pickford to claim his 19th league goal of the season, three behind the top-flight's current leading scorer Jamie Vardy.

Richarlison equalised for Everton in the 43rd minute, the Brazilian taking Lucas Digne's superb long pass in his stride before guiding a clinical finish over Alex McCarthy for his 14th goal of the season.

Everton were furious when Jan Bednarek escaped with a yellow card after hauling down Richarlison when the forward was clean through. 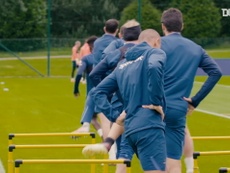 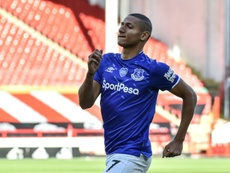 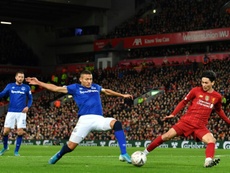 'Escaping van Dijk is not that difficult' 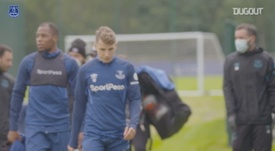