"I wasn't living the way I should"

Manchester City and England forward Raheem Sterling feels he was not always 100 per cent dedicated to football as he is now.

Raheem Sterling believes he has transformed from a player who was not "living the way I should" into a football obsessive.

Sterling heads into Saturday's derby against Manchester United at the Etihad Stadium as Manchester City's premier attacking threat, particularly in the injury-enforced absence of Sergio Aguero.

The England forward has become indispensable for club and country, converting his promise into prolific returns over recent seasons.

Under the guidance of Pep Guardiola, former Liverpool star Sterling blossomed with 18 and 17 goals respectively in City's back-to-back Premier League triumphs in 2017-18 and 2018-19.

The 24-year-old has eight in 14 top-flight outings this time around, the same number of goals he amassed during England's successful Euro 2020 qualifying campaign.

"It's all about mentality. Mentality, maturity and growing up," Sterling said.

"You see the improvements on the pitch and so that's why you continue to do it. Because you see how you feel on the field and what your output is.

"You look at what your numbers are doing. It's a good thing and, as a professional, you have to learn, take it in your stride and keep learning. That’s all I do."

An uncomfortable number for City to look at right now is the 11-point gap between themselves and Premier League leaders Liverpool.

Jurgen Klopp's men won 3-1 when the sides met at Anfield last month and have only dropped two points all season, although Sterling is not giving up on three consecutive league titles just yet.

"We just need to keep winning games and hope they lose some," he said.

"It's as simple as that. They're playing some good football at the moment, but it's a long season. We have got to keep winning, keep believing.

"Football is a funny game and in one moment it can change. You have to be ready. At the moment, they're leading, and we just have to keep working and keep winning."

First of all, that means no slip ups against United, who won two and drew one of the previous three derbies at the Etihad Stadium before City ran out 3-1 winners last term.

"We're always fighting against each other to be the number one team in the city," Sterling added.

"That's always a great thing to do. Both teams have great players and great managers; I think this weekend we'll show nothing less.

"Playing against United is always difficult and we know it'll be a tough game." 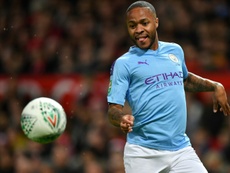 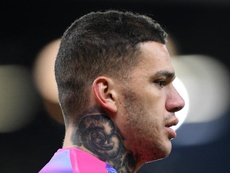 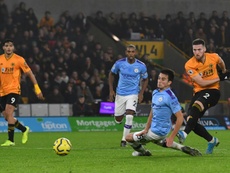 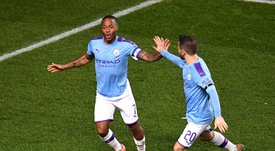 Sterling: Goals will count for nothing without silverware for Manchester City