Pep Guardiola downplayed the significance of his tactical tweaks and bemoaned Manchester City's injury problems, stating: "No managers can do it without the players".

Guardiola oversaw a 2-1 win away at Real Madrid in the Champions League last-16 first leg on Wednesday.

The City boss received widespread praise for his approach at the Santiago Bernabeu, lining up with Gabriel Jesus on the left wing and two midfielders - Kevin De Bruyne and Bernardo Silva - up front.

Yet Guardiola, preparing for the EFL Cup final against Aston Villa, suggested on Friday too much credence is given to systems and how a team sets up.

Asked if it would be difficult for City to change their tactics at Wembley on Sunday, the former Barcelona and Bayern Munich coach fired back.

"First, I want to say I think you are wrong. You didn't learn," he told reporters. "The line to win and lose is so, so tight. Forget about [the tactical changes].

"I did it many times and it didn't work - it was a 'disaster' in today's words because for many, many other reasons - but that doesn't count.

"During the same game, Sergio Ramos kicks the ball, Fernandinho touches here [points to the shoulder] and it goes out.

Along with the "little, little, little" details, Guardiola attributes his team's results down to the players.

He was therefore frustrated to again lose star defender Aymeric Laporte to a hamstring injury in Madrid and suggested City might have been closer to runaway Premier League leaders Liverpool but for such setbacks.

"A manager needs the players," Guardiola said. "All the players are fantastic but, the more you have, you have alternatives, for rotations, to be fresh.

"To be in one competition a season, you can handle it with 12, 13 good players. To be in involved in all the competitions, you need 16, 17 top, top players.

"There are 11 [in a team], so that means six, seven top, top players who are not playing. Managers depend absolutely 100 per cent on the quality of the players. As a human being, first of all, and you have - in most of the cases we have - incredible, good, talented players.

"We don't have success, the managers. No managers can do it without the players." 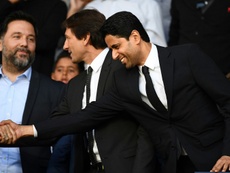 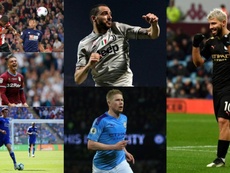 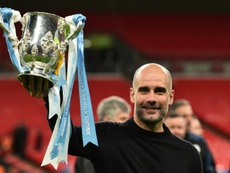 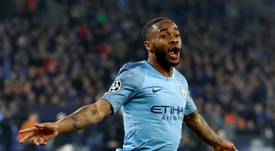