Ekambi takes Cameroon to play-offs at expense of Ivory Coast

BeSoccer 10 days ago 2.4k
Ekambi celebrates after scoring the goal that beat the Ivory Coast on Tuesday. AFP
Karl Toko Ekambi was the toast of Cameroon on Tuesday as his first-half goal delivered a 1-0 win over Ivory Coast and a place in the African play-offs for the 2022 World Cup.
End
Phase de Groups. MD 6
Camerún

Karl Toko Ekambi struck on 21 minutes to decide a clash of giants with Cameroon having qualified for the World Cup seven times - an African record - and Ivory Coast on three occasions.

Ivory Coast entered the Group D decider in Yaounde with a one-point advantage and needing a draw to remain first.

But Cameroon, who have been playing catch-up since losing in Abidjan in September, emerged victorious less than two months before hosting the Africa Cup of Nations.

African champions Algeria, Nigeria and Tunisia also won sections to fill the other three places up for grabs on the final day of group matches.

The Democratic Republic of Congo, Egypt, Ghana, Mali, Morocco and Senegal had earlier secured the other six play-offs places.

A seeded draw, likely to be based on FIFA world rankings, will divide the 10 survivors into five pairings, with the winners of the two-legged ties representing Africa at the World Cup in Qatar.

There will be huge pressure on the qualifiers to impress at the global football showpiece after Africa fared disastrously at the 2018 tournament in Russia, with all five teams eliminated after the first round.

Algeria stretched an unbeaten run to 33 matches - a record for an African national team - with Manchester City winger Riyad Mahrez among the scorers in a 2-2 Group A draw against Burkina Faso.

His goal was cancelled out by Zakaria Sanogo before half-time and Issoufou Dayo converted an 83rd-minute penalty to set up a tense finish in Blida after Sofiane Feghouli had put Algeria ahead a second time.

Algeria, who are seeking a fifth World Cup appearance, topped the table with 14 points, Burkina Faso accumulated 12, Niger seven and minnows Djibouti none.

Nigeria were another country to progress despite failing to take maximum points at home as they drew 1-1 with Cape Verde in Group C.

In-form Napoli forward Victor Osimhen had the Super Eagles in front within one minute of the kick-off in Lagos, but Ianique 'Stopira' Tavares levelled five minutes later.

Nigeria suffered a stunning matchday 3 loss to the Central African Republic - a first home defeat in World Cup qualifying since 1981 - and were overly reliant on Osimhen for goals.

The Super Eagles finished with 13 points, followed by Cape Verde on 11 while Liberia (six) and the Central African Republic (four) were never serious contenders.

Tunisia recovered from a first loss in Group B last week - away to Equatorial Guinea - by hammering Zambia 3-1 in Rades to top the table.

Goals from Aissa Laidouni, Mohamed Drager and Ali Maaloul before half-time ensured the Carthage Eagles stayed on course to qualify a sixth time.

Equatorial Guinea came a creditable second, two points behind Tunisia, thanks to a 1-1 draw against Mauritania in Nouakchott, where Saul Coco cancelled out a lead Aboubakar Kamara gave the hosts.

A showdown between Premier League stars Mohamed Salah and Pierre-Emerick Aubameyang did not materialise in Group F as Egypt beat Gabon 2-1 in Alexandria.

Egypt captain and prolific Liverpool scorer Salah started on the bench before replacing Mohamed Sherif for the last 30 minutes.

There were conflicting reports as to why Gabon skipper and Arsenal forward Aubameyang missed the match. Some said he was injured and others that an agreement was reached with his club to release him early.

Morocco were the only team among the 40 in the group stage who won all six matches with Ryan Mmaee netting twice in a 3-0 Group I trouncing of Guinea in Casablanca. 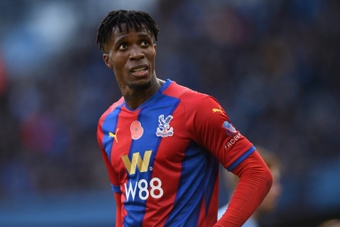 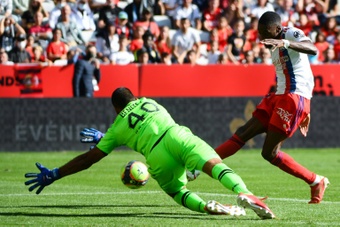