The start of the game between Arsenal and Manchester City was crazy. The Gunners had the chance to go ahead thanks to Martinelli, but Ederson made a great save and, not long after, Kevin De Bruyne scored a goal.

Arsenal had a dangerous chance cleared at the start of the game. It only took Martinelli one minute to scare Manchester City. Even so, Ederson managed to cover all possible challenges faced by the Gunners player.

The Brazilian striker did not manage to score, but the Gunners team did not expect what happened just moments after. After a goal kick, Fernandinho drove the ball to the centre of the pitch, where Gabriel Jesus was waiting and assisted De Bruyne, to make the scoreline 0-1.

The Belgian player put the ball far from the goalkeeper's reach and removed the cobwebs from the goal. A quick goal and there was little that Leno could do about it.

These things sometimes happen in football, and if you don't make the most of a chance against Manchester City, Guardiola's team will punish you. 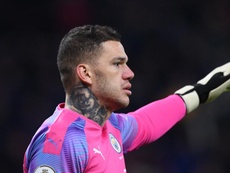 Our rivalry is only on the pitch - Ederson 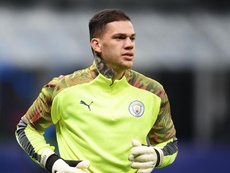 Ederson back in Manchester City side for Chelsea clash 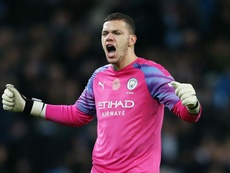 Ederson returns as City look to bounce back against Chelsea 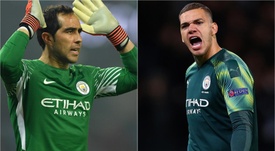