Democratic Republic of Congo beat Mozambique 1-0 on Sunday in Namibia in the only Cosafa Cup quarter-final not decided by a penalty shootout.

Nelson Munganga scored the lone goal of the southern Africa championship tie after 37 minutes at Sam Nujoma Stadium in Windhoek with a looping far-post header off a corner.

Mozambique came closest to levelling nine minutes from time when a close-range header rebounded off the post.

"We were unlucky not to win," said Mozambique coach and former Everton and Liverpool defender Abel Xavier, famed for his eye-catching hair styles.

"I selected 10 uncapped players for this tournament and am proud of the team. They were positive, worked hard and the future is bright."

Goalkeeper Sandile Ginindza starred as Swaziland upset Zambia 4-2 on penalties after a 0-0 draw in the first half of a double-header.

He saved two spot-kicks, then converted the winning penalty before being mobbed by team-mates.

Zambia and Zimbabwe have won the annual Cosafa Cup four times, Angola and South Africa three times and Namibia once. 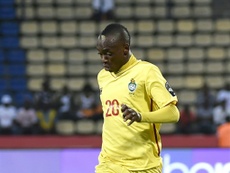 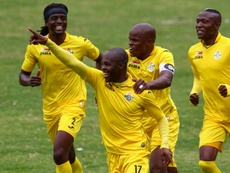 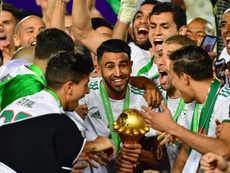 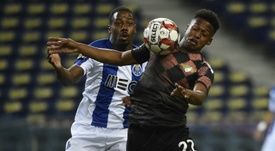