BeSoccer 1 year ago 7.4k
Dembele put Barca 1-0 up inside 12 minutes against Sevilla. Screenshot/Telecinco
Ousmane Dembélé did everything in the early stages of the Barcelona v Sevilla match. The French winger scored Barca's first goal thanks to a sensational strike.
End
Semi-final
Barcelona

Dembele likes playing against Sevilla. He scored away to Sevilla in La Liga and now he scored in the Copa del Rey tie.

And that was despite him being wasteful early on. He had the best chances in the first 10 minutes and had three clear chances, but he failed to put them away.

He did score in the 12th minute though. He controlled the ball on the left hand side, he went back towards the edge of the box and hit a stunner to beat Vaclik at his near post.

It was a good start for Barca, who were the much better team and Dembele and Messi combined to put the Catalans within one goal of extra-time. 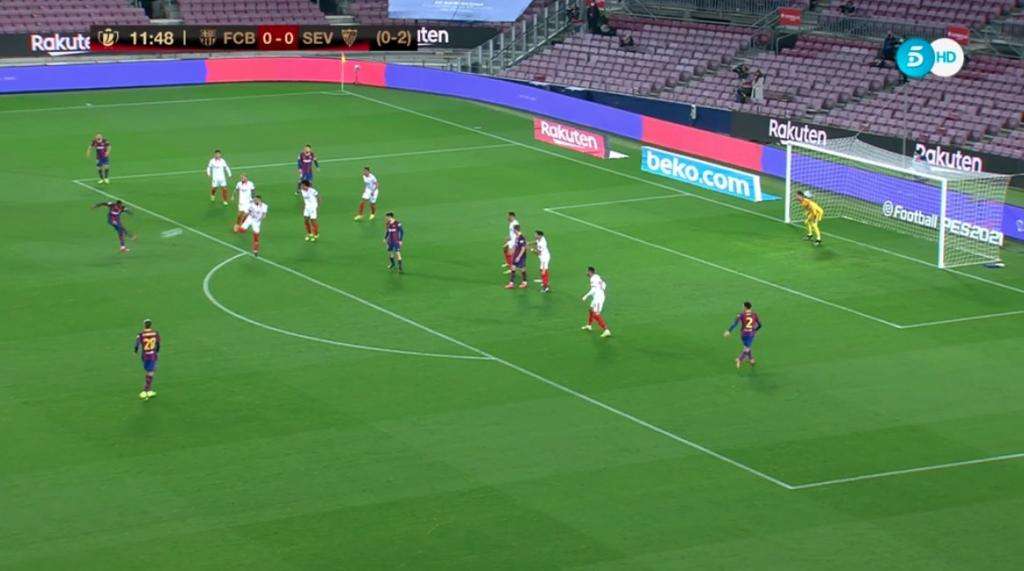