Celtic gets the loan of DEFENDER J. Toljan from the B. Dortmund

Karpaty Lviv gets the loan of FORWARD M. Shved from the Celtic

Right-back Toljan joins Celtic for the rest of the season while Shved will remain on loan at Karpaty Lviv until April despite penning a four-and-a-half-year contract.

Celtic have had a busy transfer window, with Paris Saint-Germain's United States forward Timothy Weah among their arrivals, and Toljan feels Parkhead is the right place for him.

"This is an exciting move for me and I'm delighted to be joining a club like Celtic, which has a great reputation throughout Europe," Toljan said.

"I'm looking forward to meeting my new team-mates and working with the manager, and I'll be doing everything I can to help the team to be successful in the remainder of this season."

Shved, 21, is the first Ukrainian player to sign for Celtic and he has already represented his country.

"This stage of the season is also important for Karpaty Lviv, because they're fighting in the league so they'll need me now more than ever and there's a personal weight on my shoulders to really perform," he said.

"I will still be supporting Celtic, of course, and hoping that they do well for the rest of this season. Karpaty's colours are also green and white so the transition to Celtic makes me feel very at home supporting green and white again, which has always been in my heart."

Celtic gets the loan of DEFENDER J. Toljan from the B. Dortmund

Karpaty Lviv gets the loan of FORWARD M. Shved from the Celtic 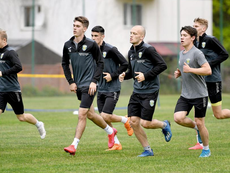 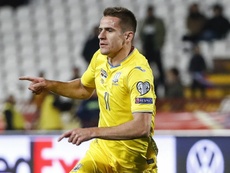 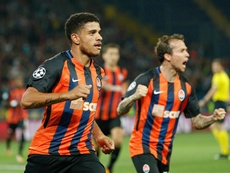 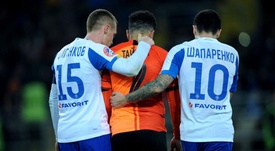