Fabio Cannavaro revived his chances of holding onto his job at Guangzhou Evergrande as his side went two points clear at the top of the Chinese Super League on Saturday with two games left.

Brazilian Anderson Talisca scored a goal in each half in an ill-tempered 2-0 home win over title rivals and reigning champions Shanghai SIPG.

Evergrande are top of the CSL on 66 points with Beijing Guoan second on 64 and SIPG on 62. All three have played 28 games.

The 46-year-old Cannavaro is under fierce pressure to deliver the domestic title after he was temporarily moved aside as coach last month following a poor run of form.

The Italian made a surprise return earlier this month but his position remains tenuous despite this critical win, which left SIPG on the verge of losing their CSL crown.

The challenges flew in at Evergrande's Tianhe Stadium.

Evergrande's Zhong Yihao and SIPG defender Shi Ke were booked within four minutes of one another, the latter for going in hard on Talisca with a scissor-kick action.

Another Brazilian, SIPG's 60-million-euro attacking midfielder Oscar, was on the end of two illegal challenges that left him on the turf.

Evergrande went ahead a minute before the break when former Barcelona midfielder Paulinho played in his fellow Brazilian Talisca.

The attacking midfielder poked the ball into the bottom corner with a smart finish.

Cannavaro's seven-time champions thought they had gone 2-0 up on 50 minutes, but Paulinho's goal was chalked off by the video assistant referee (VAR) for a foul on SIPG captain Hulk in the build-up.

Arnautovic went into the referee's book as the visitors pushed for an equaliser, but SIPG were open at the back and Talisca was denied by goalkeeper Yan Junling.

Talisca slotted in a penalty in the 95th-minute after he was fouled, with VAR playing a pivotal role in awarding the spot-kick.

Oscar and Hulk were both yellow-carded in injury time as SIPG's emotions boiled over. 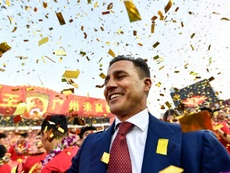 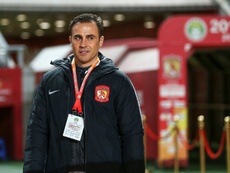 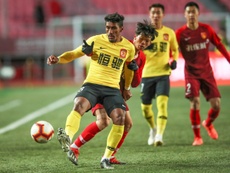 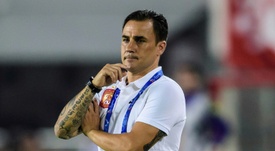 Cannavaro on the brink at Guangzhou after alarming slump