Lyon kept us waiting with the signing of Bruno Guimaraes. The French club announced on Thursday morning the signing of the footballer until June 2024.

Olympique Lyonnais has signed B. Guimarães from Athletico Paranaense for 20 mill.

It was just subject to official confirmation and that came this Thursday. Bruno Guimaraes is now officially a Lyon player after lengthy negotiations with Athletico Paranaense.

The footballer had a photo with Juninho Pernambucano, the reason why the Brazilian footballer chose Lyon over Atletico Madrid.

Guimaraes, who is currently with Brazil's U23s, passed his medical in Bogota and signed for four seasons until June 2024.

The player himseld explained why he chose to go to Lyon. "What influenced most were Juninho's phone calls. He told me that I'm going to become the best winger in the world and I trust his words. I think 90% of my decision to go to Lyon was thanks to Juninho," he explained.

The player has apparently joined Lyon for 20 million euros, the amount Athletico Paranaense will receive for the 22 year-old.

Olympique Lyonnais has signed B. Guimarães from Athletico Paranaense for 20 mill. 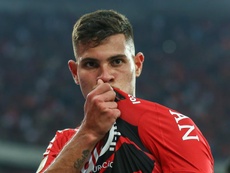 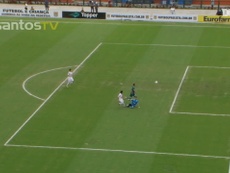 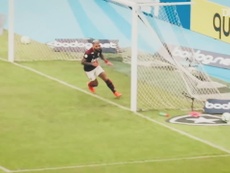 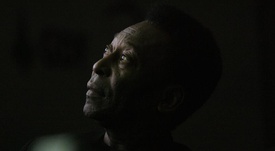